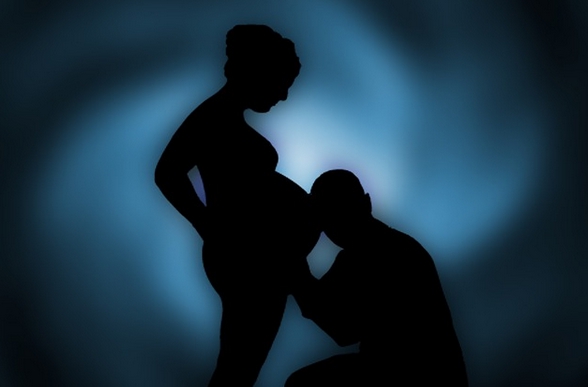 “Babe, I’m pregnant!” these are the words I heard as I slowly recollected myself shocked by the utterance. My head spun into a void and I couldn’t help think of anything but everything. How incapacitated I was at the moment not having a steady income or a place to raise the baby from.

To put you in context, I am a campus student, just getting to begin my final year in campus. The joy, zest and thrill of life still full in me. Dreams yet to be accomplished still so much in the core of my brain possessing my every action.

Automatically, I asked as all men do, ‘what do you intend we do about it?’ all my life I had always cherished that moment I would be a father to my own seed. Well at this point, I was ambivalent of my stand. All I saw was the impossibility, the financial implications, social implications and a life brought too soon.

A little yeast goes a long way in the dough. A staunch Christian is who I am, one who believed in sexual purity, in chastity and sex being God’s ordained gift to mankind. Serving in various ministries was I and a mentor to many. But it happened, I had sex a sin forgive able by God as he restores the fallen.

As I waited for her response, it was manifest she clearly wanted to keep the baby. Of course I knew she was as shocked as I was of the whole situation and knew that we needed to sobbed up and make rational decisions. I supported the decision and hung up to take some air. Funny how you would inflate a balloon and not expect it to bulge,except if it is punctured.

She is an orphan girl, who has no one taking full accountability of her. Tossed around from one relative to another was her lifestyle. By God’s grace, she was to proceed for her internship before clearing school. This too had no one willing to support. I cast viable seeds in a fertile ground and now she was pregnant. What a beautiful gift from God.

I could hardly think, I had to talk to my close friends. Apparently, I was the only young one in the circle. The odds of keeping the baby was explored above the pros. Well that was enough scare pumped to a being in a night. The one hour was the longest in my life, but there was more to come.

The next day she was in my school of thought buying my idea. I had to confirm if that was what she wanted. She had no better option, her answer and state. Being a nurse, she did her survey quick enough and everything was in place. A hospital and money.

The big day came and I honestly chickened out. Afraid that God may strip me off my viability as a man, or the outcome of the procedure. She was to travel that night but missed the bus. The procedure took some few minutes as though nothing important was being done.

Gripped with fear I tried praying but wondered what kind of blasphemy it would be. ‘alikuwa na wawili, ‘ I heard the doctor say through the next room to her nurse. That meant we had twins developing in her womb. I immediately remembered my prayer to God for twins since I was young. I could only afford a face drop and a heart searing pain in my heart.

As she recovered from the anaesthesia she could only call my name and as I walked to her helpless bedside I lacked the words to tell her. I felt helpless and could not look her in the eyes as guilt is all that levitated in the room. I now had a physically weak lady and a wounded heart. The moment was a dark patch and cloud in my life.

We walked down the stairs and sat on the benches as she had some energy drinks to recover her strength. I felt I needed to be stronger, bold enough to take responsibility. I felt inadequate to bear the tag ‘man’ but the sad reality is that I still has something in between my legs so by default I had to be male.

As soon as I got home did I sleep and had nightmares of kids. All I dreamt of was babies, twins and babies. I could not tell what was happening to me. I suddenly became slow in my actions and lost all sensitivity to life. It was like I was locked in a vacuum away from people.
Whenever I see babies I still bleed inside.

My advice, keep it!

Why Your Way Isn’t Working.

Superhuman: A Letter to Parents.