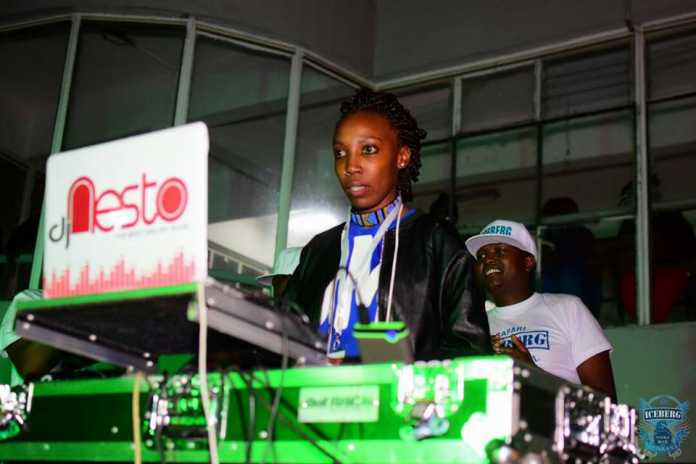 The Campus Icon has launched the 2nd edition of Nationwide Campus DJ Battle in partnership with the newly launched Hypno Energy Drink. The Hypno Campus DJ Battle kicks off in Kenyatta University at the Students Centre Annex on Friday the 26th Of October 2018.

This Year’s edition of the Nationwide Campus DJ Battle is expected to take place in over 10 Regions across the Country covering over 25 campuses and Colleges in Kenya with the winner in the Grand finale walking away with over Ksh.150,000 in prizes. 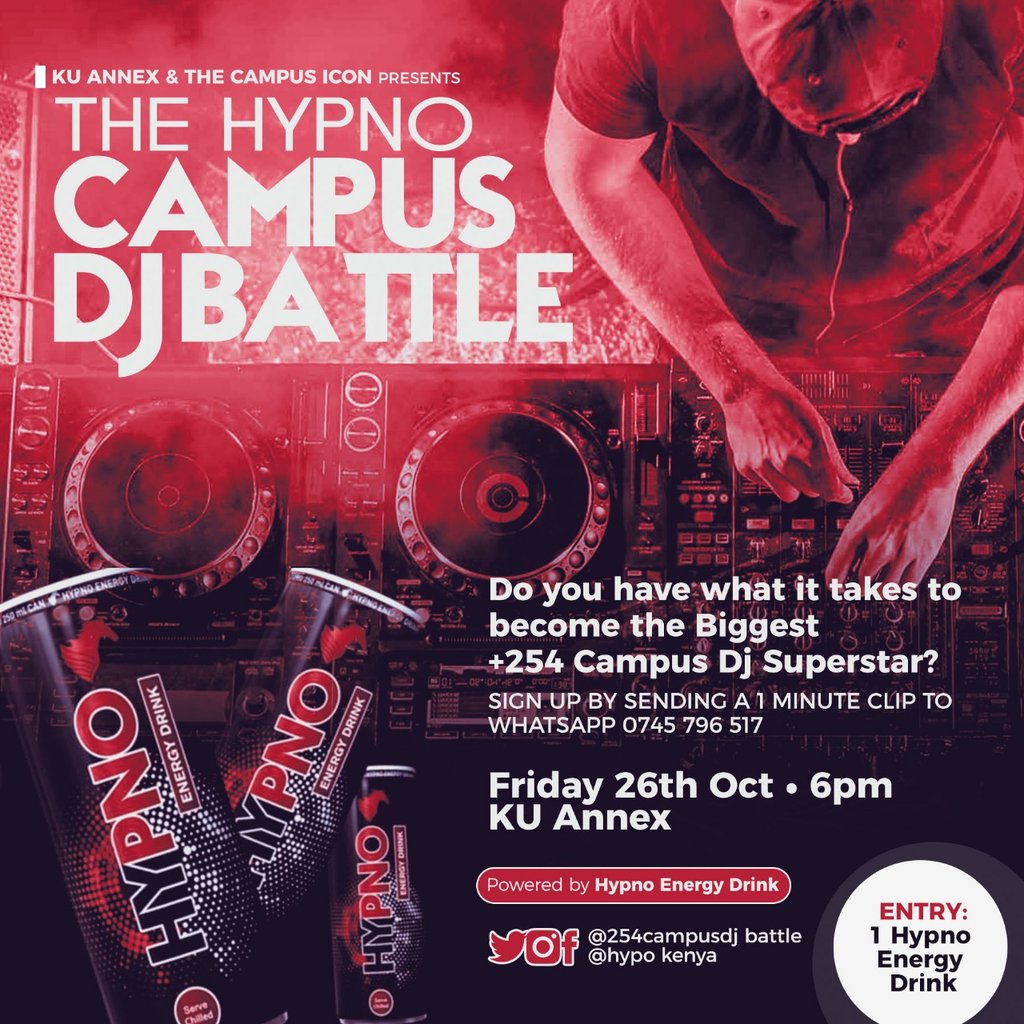 This year’s Battle host remains Amos Njeru who a few months ago moved to the Mediamax owned Milele Fm and thus expanding on his Audience command and influence.

”I am more than privileged to host this year’s edition and what’s more delighting is that I am working alongside a super talented team.I am working with MC Maji and Peter Pinchez from Milele Fm Campus Squad, Mary Mwihaki (the current Miss KU), Labaan Shabaan from KUTV, Frankie Xv, DJ Rankin among many others. This Year our prime goal is to take the Battle to A HIGHER Level as we give as much value as possible to our partners, Hypno Energy Drink,” says Amoh. 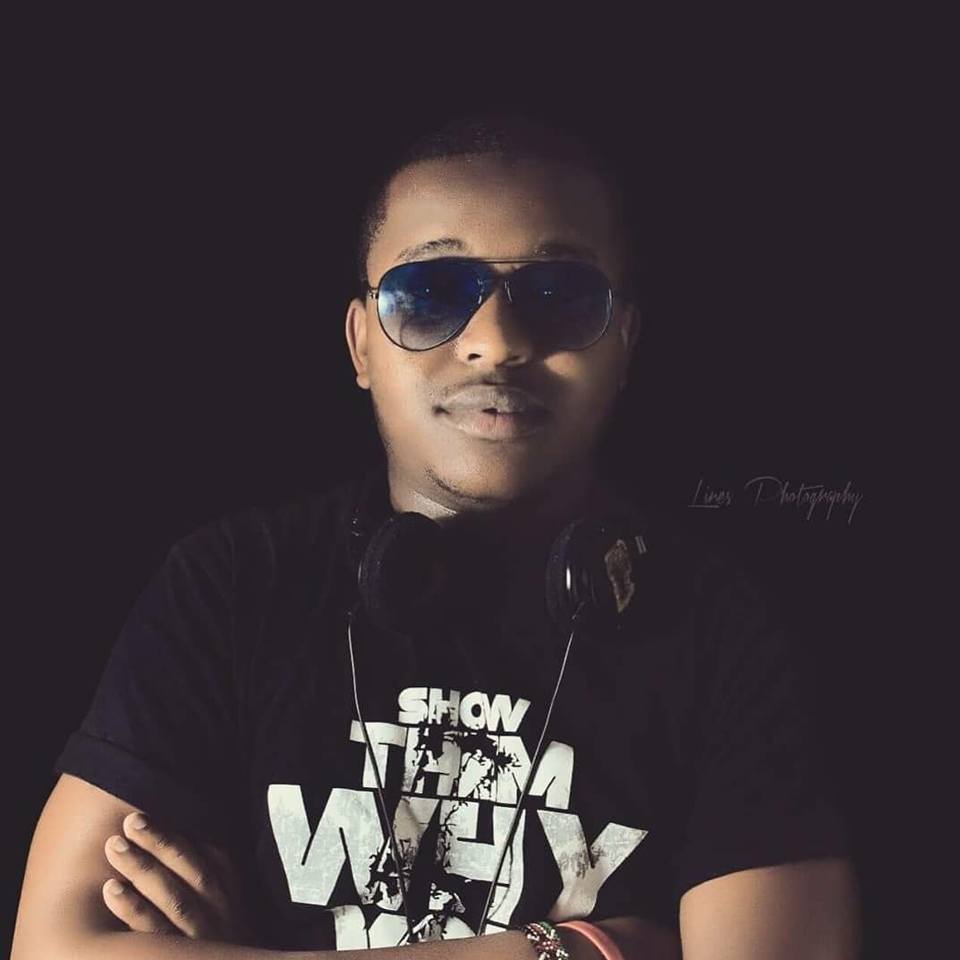 Hypno Energy Drink launched in the country a few months ago and they have expressed their confidence in the project affirming their support for the young people in the Universities as well providing them with platforms to develop their talents and gifts. The Hypno Energy drink is already in available in selected outlets and will be available all over the country in a few months time. 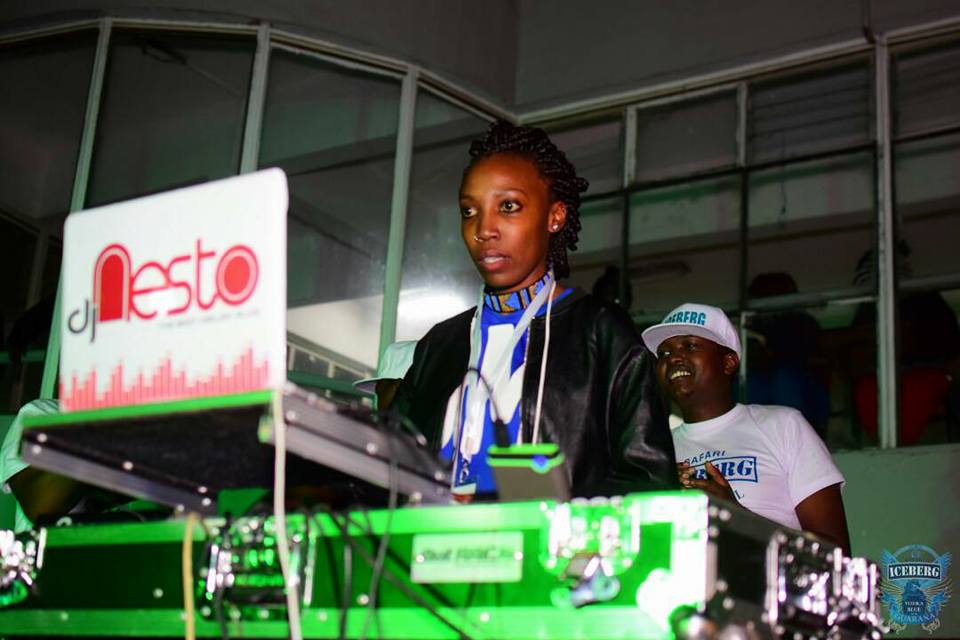