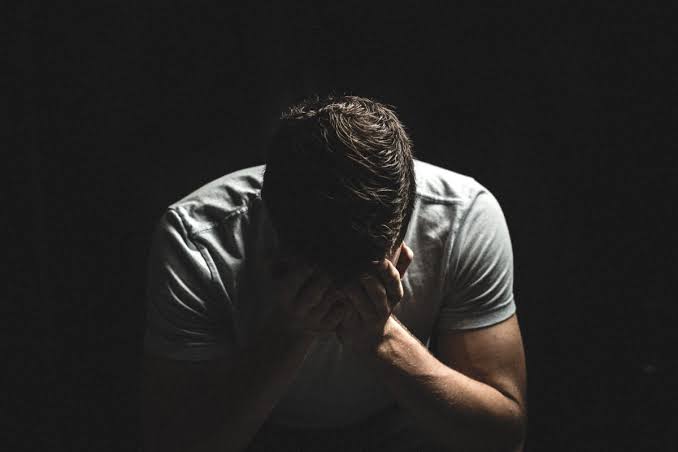 A Kenyatta University student has narrated how a property management agency robbed him his household goods and money.

The agency identified as Mwanzo Property Limited had confiscated Ken’s household goods and lured him to pay Ksh 20,800 to get them back. However, after paying the money, he did not get back his property as promised.

Adressing controversial blogger Robert Alai, the comrade narrated how he had rented a house at Kihunguro in Ruiru before the onset of Corona virus pandemic in Kenya. He was paying Ksh 4200 per month before he went home due to Covid-19 in March 2020.

While at home, the government imposed a lock down in Nairobi County which barred him from traveling to the place. After things got better, he went back to his rented house and found that someone else had occupied the room.

After contacting the property managers about the issue, they told him that his goods had been transported to Ruai where the agency’s store is located.

He was therefore expected to pay the rent arrears for the months he had not been around. It is only after paying that he could access his goods including his academic papers.

He visited the agency’s office in Kayole where they made the calculations and ordered him to pay Ksh 20,800 in order to get back his property. He then traveled back home and after a few days his parents gave him the required amount of money.

Next he went back to Nairobi and payed the full amount to the property agency. To his shock and disbelief, the agency failed to return his property despite adhering to all their orders.

He has since reported the matter to Ruiru Police Station but no action has been taken up to date. This left the comrade with no other option but to turn to his friend who is accommodating him for the moment.

He took to Facebook to share his story with a renown blogger Robert Alai in a bid to seek justice. He said he has tried all means but they have beared no fruits and that he had no money to hire an advocate to help him sue the agency.

The blogger has helped many people achieve justice by sharing their stories on his social media pages and on his blog.He recently shared a story about an insurance issue and the company obliged to the insurance claim.He owns two blogs by the names Kahawatungu and Techmtaa.

Since the comrade has gathered some courage to share his story with the public, we hope that the relevant authorities are going to look into this matter quickly. We believe that justice is going to be served to the him as he is going through a hard time.

This forum would also like to caution the landlords and property agencies of such caliber to desist from tempting the power of comrades.

The spirit of comradeship is and shall remain unshakable and therefore the concerned authorities should act swiftly to serve justice to the affected student. 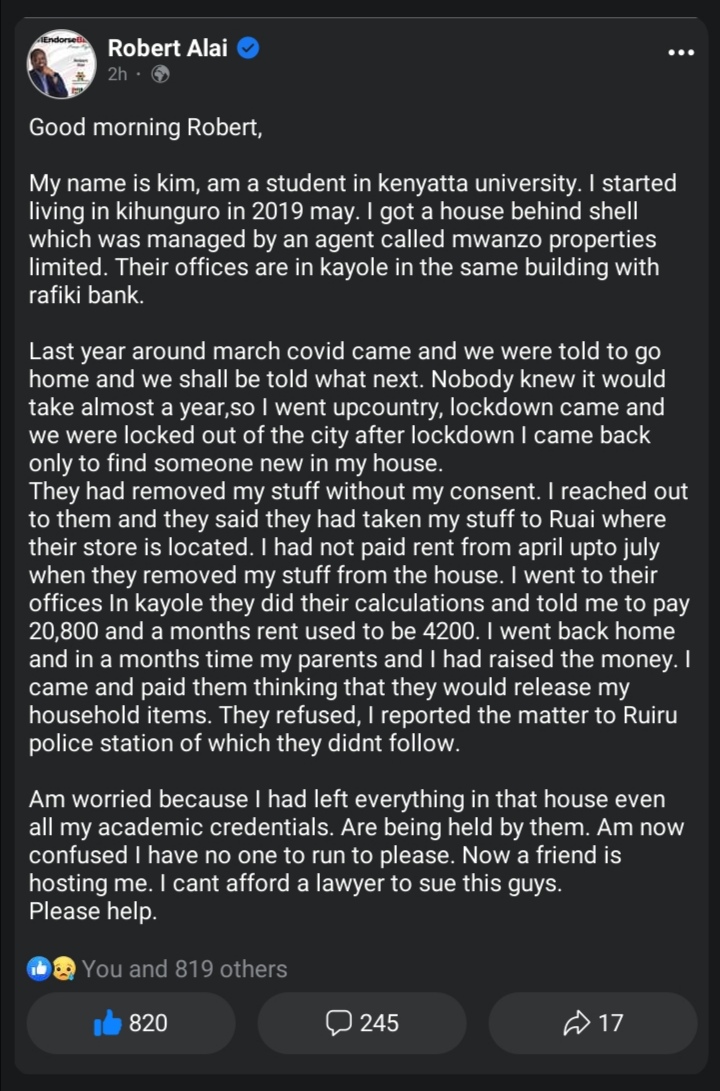