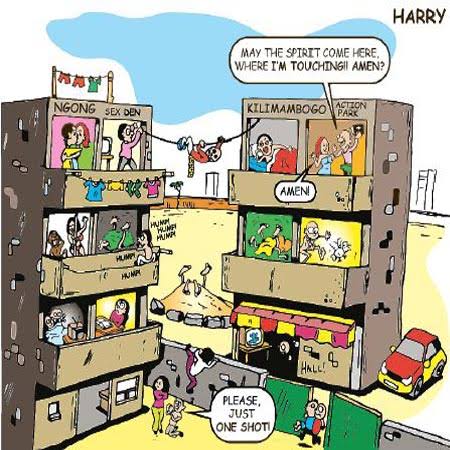 If you happen to be a student, staff, or a random visitor in Ku, no doubt you have come to know or hear of a famous hostel known as kilimambogo in the institution.

It is one of the many KU hostels that are categorized into their zones; eastern, western, and Nyayo zones. Particularly, Kilimambogo is a male hostel located in the western zones of the university, it accommodates more than 1200 students under the same roof.

However, those who know better about the hostel and the activities therein normally call it a ‘Kichinjio’. A Kiswahili word for the name slaughterhouse. However, the translation would be much simpler if you call it a comrades cohabiting center. Comrades who reside in this particular hostel are known to make occasional ‘admissions’ more than any other hostel.

Every minute you will find a couple walking in and another walking out after a session of what comrades like doing most during free time.

Since it is mandatory for the students to sign an entrance book at the house keeper’s office while entering and exiting an opposite gender’s hostel, housekeepers in this particular hostel are known of complaining about frequent filling up of books that comrades sign. A fact that forces them to keep requesting more books from the accommodation office.

Kilimambogo has more than 600 rooms in total with each room housing two students. It also a few single rooms. The majority of the comrades are assigned double rooms which means a room has to be shared between the two. Sharing the room is not the problem, the most dramatic part comes when one of the comrades want to ‘import’ as they term it. 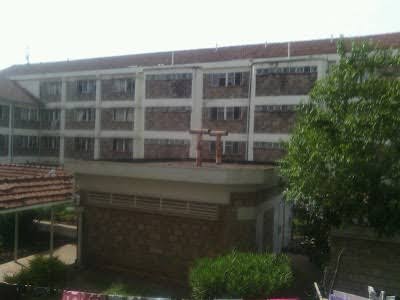 This automatically means that the other occupant has to be sent into exile. As a matter of fact, the word Exile is a very common slang among the comrades, a day won’t pass without coming across it as long as you are a comrade or residing within the institution.

It is always considered wise for a comrade to oblige to ‘Kupigwa Exile’ so that when it’s his turn he can also be granted the favor. Some comrades are known to abuse the exile rules by sending a colleague into exile almost every single day. Others invite ladies for sleepovers leaving the roommate at the mercy of friends to get a place to spend the night. Have you ever been sent into exile in Ku?

However there are other classy hostels such as Nyayo 3 and 4 also known to accommodate comrades who ‘admit’ regularly, there is none that has ever matched the level of kilimambogo. Trying to dig deeper into this matter, this forum found it hard to explain the reason behind large numbers of ladies visiting the building.

Assumptions were made that probably it is more convenient according to its strategic location at the middle of the zone, others argue that it is because of its nearness to the neighboring Ngong ladies hostel which is also known to accommodate classy easy-going ladies.

Several memes have emerged online terming the hostel as the place of legends. The operations therein explain why the hostel is referred to as a ‘Kichinjio’.

Many comrades applying for a hostel wish to be allocated the kilimambogo one. The hostel is considered to have the freedom that is not found in the others.

Note that this is according to our research and opinion and this information is subject to change in the future according to the prevailing factors and time frame.