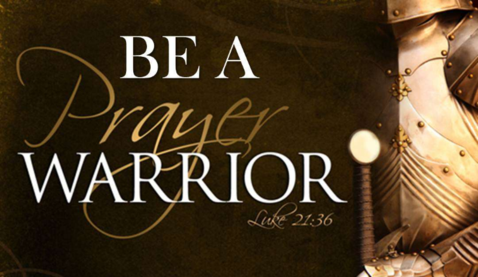 I started sharing on the lessons I have learnt along the way in ministry that I know are already a great blessing to you… Thanks for taking your precious time to follow and share with your friends and different groups. Yesterday I shared my most important lesson that my life begins and ends with God, I have no life outside God. If you ever loose everything and everyone but remain with God you have not lost anything but if you gain everything and loose your walk with God you have nothing left.

LESSON 2: PRAYER SHOULD NOT BE A SPARE WHEEL, BUT A STEERING WHEEL.

Praying is not one of the most exciting things for anyone to do, infact very few people feel like praying at any time….its true to say most of the Christians in the world do not pray. If you want to find a majority of the people serious and passionate about prayer there must be a crisis in their lives. I used to be like that I never used to like prayer, it was boring I used to start praying and could fall asleep and say amen in the morning. I used to wonder what is that thing I need to tell God for hours. I was a preacher I encouraged people to pray but prayer was not really my thing. I used to whisper a few words just before I went to preach like five minutes before am called up to the altar like many people do.

I used to pray and fast only when I was in serious crisis and had no other way out…. God was the last call I made after all others failed to go through. For many years I was an average preacher, moving from one meeting to another with a a full itinerary but no time with God in prayer. You see if you don’t spend time with God in prayer even though you will still function you will lack power and it won’t be long before you loose it. Part time prayers will never defeat a full time preyer/Devil.

God allowed me to meet a certain man of God and I observed his ministry, I desired the grace and anointing he was walking in and I learned his secret was prayer. Prayer is work but it works, in heaven there’s no dustbin for prayers God wants to anoint you more if you can pray more. Jesus told his disciples some of these demons will never move unless by prayer and fasting. We follow in the example of Jesus he was a man of prayer, Daniel was a man of prayer. If you are serious about the destiny God has in store for you, you must become a man or woman of prayer.

As I close allow me to share a testimony with you, God spoke to me about prayer last year but one and I decided to pray and fast four days a week for an entire year 2015, i started off in January and for eight months I went through the toughest battles of my life…. which if God allows me I’ll share with you, I mean never in my life had I gone through such a difficult time, I was in prayer and for 8Months God was silent, it seemed like instead of him answering prayers he was taking from me the answers he had given earlier.

When people are against you, you have a consolation in God but when it seems like God is against you it becomes even tougher. 8 months into prayer God spoke to me one evening he said it’s over now, it’s finished you will enter rest…. God gave me peace immediately, he caused four of my accusers to call and apologize and in a weeks time he gave me a miracle car, my ministry took a new turn and I was received in high and mighty places in this nation and beyond. God told me from the day you started praying I heard you but I wanted to see if this is a spare wheel or you have allowed it to be the steering wheel.

I challenge believers today to go back to prayer, Tithe your day into prayer as in take atleast 2hours 40minutes everyday in prayer and watch God move in your life…….. People ask me what’s my secret in ministry is there you have it…..PRAYER AND MORE PRAYER

Why Your Way Isn’t Working.