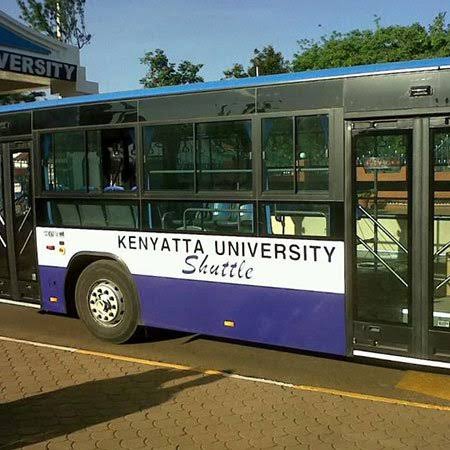 Campus life and education comes with its struggles, challenges and tribulations. Among these challenges is walking for long distances to attend classes as it is evident at the massive Kenyatta University. In a bid to solve this issue, Kenyatta University introduced a campus shuttle service in 2015 to navigate students to lecture halls and other destinations within the institution. 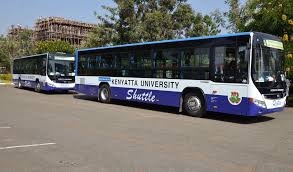 The shuttles used to operate during the day, saving students the hustle of footing for long distances in the anticipated search of knowledge. For instance, the vehicles moved students to and from the BSSC, Nyayo gate OML, Library, 8-4-4 block, shopping centre, art and science zones Moi Library, which made it easier to attend classes on time. It also avoided unnecessary missing of classes especially for a comrade walking from Ngong hills hostel to OML which relatively seems like a walk from KU to Githurai.

It was such a fun that some idle crooks would joyride for a whole day, making friends and chatting in the shuttles. It is fair to say that some took it as an opportunity to tour the massive institution, which would be otherwise difficult without the vehicles. No doubt it was fundamental to have the shuttles considering the massive size of KU and its huge premises which are located far apart from each other.However, nowadays things have changed and the shuttles are no longer operational. The engines must be wondering what the hell happened, but again lucky to be started once in a year during the career weeks.

Many students have been wondering what happened to the initiative while others who never benefited from it have heard narrations. The shuttles were mostly operational during the reign of professor Mugenda who introduced them. During that time, the university had a lot of money that was used to initiate the massive infrastructural developments, and the shuttles were part of the plan. However, towards the end of her reign, the university started experiencing financial constraints since the institution had spent a lot in infrastructural and income generating projects and the return benefits had not started flowing in.

The situation became worse when the then education Cs Dr. Fred Matiang’i literary abolished self-sponsored degree programs by giving a direct entry into university for all form 4 candidates who scored a mean grade of C+ and above. With C+ being the minimum university entry grade in Kenya, it meant that no students would be locked out by cut off points and consequently no self sponsored students anymore.That was a big blow to Kenyan universities considering that they relied much on self-sponsored programs to fund their operations, and KU was not an exception. That was, along with stalled income generating projects, what led to unending financial challenges at the institution, but that’s a story for another day.

The shuttle operations ceased in 2017 after it became impossible to sustain them due to fuel costs. Reliable sources claim that the decision was reached after the university embarked on a cost-reduction campaign that cut across all the activities at the institution. Since then, the shuttles remain parked at the school bus park and are only seen operating during the career week in service of visiting high school students.

It indicates that it was not the administrations intention to cease the shuttle operations but the situation was demanding. As it remains, students have adapted to the current situation as it also challenges them to exercise while walking, which is good for their health. However, the KU Disability Services Shuttle remains operational to serve the needs of students who are challenged in different ways. Now you know. 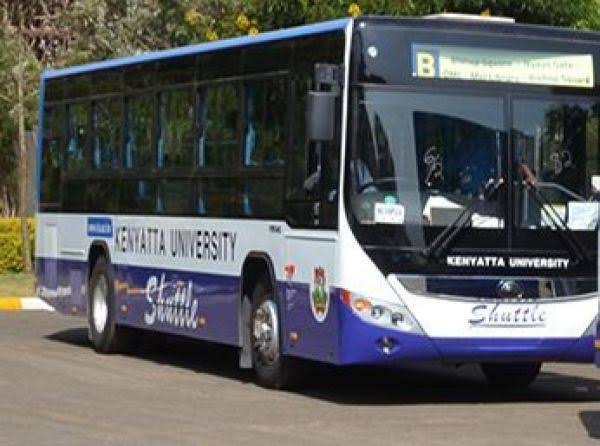