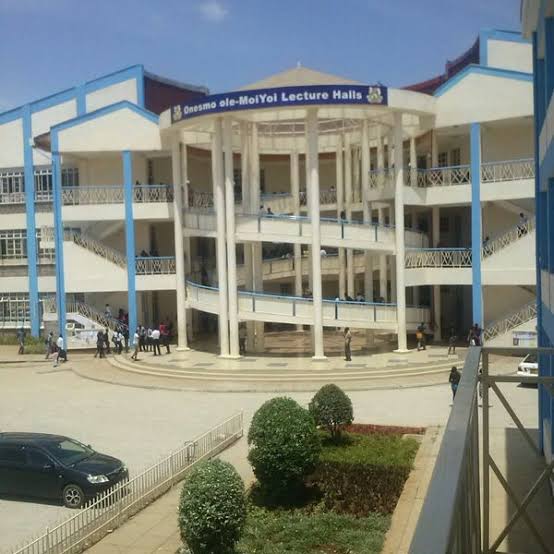 Kenyatta University is undisputedly the largest university in Kenya. It has its main campus located on a 1000-acre piece of land cast between Nairobi and Kiambu counties and along the Thika Super Highway. In terms of infrastructure, the institution has the best not only in Kenya but also in east and central Africa. The overwhelming infrastructural development witnessed in the institution is attributed to the former vice chancellor prof. Olive Mugenda who served as the head of the institution for a period of 10 years.

Among the notable works of the former VC is the Post-Modern Library, the Campanile, the amphitheater and numerous outstanding lecture halls located at the institution. However, the most important aspects of a university are the library and the lecture halls. Kenyatta university takes the lead with a postmodern library and more than enough lecture rooms to cater for the academic needs of its massive population both in main and satellite campuses. In this article I want us to look at the largest and most used lecture halls in Kenyatta University main campus.

Onesmo Ole-Moiyoi Lecture Halls (OMLH)
If you happen to be a student at KU main campus at any time, no doubt you came or will come to know of these lecture halls whether directly or indirectly. OML is a common abbreviation used to refer to the lecture rooms which are located on the far right as you enter the main gate just past the library and science complex. The building consists of 11 teaching halls, numerous restrooms and offices. The halls are known to take in a lot of students. Each room houses more than 300 students while the entire building can accommodate more than 3000 students at once.

Almost all faculties utilize the building and almost all KU students have to use the halls at one point in their academic calendars. Populous faculties such as education and humanities mostly schedule their classes and examinations at the mighty OML. Students usually parade outside the C-shaped building awaiting preceding groups to vacate the halls so they can also attend to their lectures.

School of Economics (SOE)
The school of economics building is one of the buildings with high student capacity in Ku. No wonder it comes right after OML on the list. Just like the OML, the O-shaped building consists of numerous lecture rooms, Tutors offices and restrooms. It can comfortably take in more than 3000 students at once. Although the building is dedicated to the faculty of economics and business, it is not restricted to the two, other faculties hold their lectures and exams in the halls as well. It is located on the Northern wing of the university which also consist of Nyayo hostels and school of engineering. The railway line separates the northern wing from the larger part of the institution. 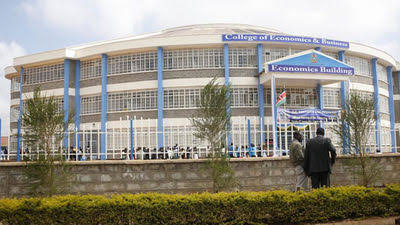 Science Complex
The science complex is one of the oldest, indigenous and historic lecture halls at KU. Its architectural design is unique with the halls choreographed at different models, shapes and sizes to serve diverse groups of students. It is mostly dedicated for science students although it also serves other faculties. The presentation design for these particular halls is completely different from others. Other than the typical hall where there is a lecturer’s raised dais at the front, here the students sit at a higher position than the tutor who is found at the front but his dais is low lying, just like the amphitheater’s concept.

The halls are designed in such a way that the students sit in ascending spiral stair-like ramps while facing the tutor at the bottom front. The science complex building is found just past the postmodern library and before OML. The AVU and CISCO Networking Academy offices are found here. It takes in a fairly large number of students at once.

Science Zone
The Science zone is a combination of lectures offices, lecture rooms, offices of departments and other distinguished offices. Numerous science laboratories are located at the scene. However, the place is mostly known by the larger student population due to the lecture halls located there. The halls are not dedicated for science subjects only but for all the students pursuing different disciplines. The rooms are numbered using the abbreviation ‘SZ’ which stands for science zone.

The largest lecture hall being SZ 39 followed smaller ones identified as SZ 40 and SZ 41. The largest one can accommodate up to 1000 students at once. This is normally where units with large number of students i.e. common units’ exams and lectures are scheduled. If you walk around this place, you find students basking on the seats while revising for exams, doing assignments or awaiting to attend lectures. The SZ 39 hall is also used as worship facility by the Christian Union (CU) especially on Sundays and Wednesdays.

Art Zone
The art zone is just a replica of the Science Zone, which means all the buildings, design and appearance resembles that of SZ. The only difference is that one is meant for science subjects while the other one is meant for art subjects. However, the art zone has no laboratories located next to it, in turn the English and literature department boarders it closely. The other features are the same, lecture halls are named as AZ 39, AZ 40 and AZ 41 with A replacing the S in science. Just like the Sz, the AZ 39 hall is used for classes with many students for lectures and exams. Other non-art faculties are also allowed to use the halls. The AZ 39 hall has a capacity of approximately 1000 students during the normal circumstances.