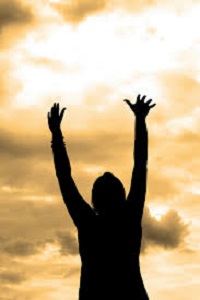 When I was selected by the Joint Admissions Board (JAB) to join Kenyatta University School of Medicine, then known as the School of Health Sciences, to say that I was one ecstatic individual would be the understatement of the 21st century. Word spread like bush fire and soon I was the talk of my village. Envied by many yet admired in equal measures. Rumor has it that hopeful suitors and their fathers doubled the quality and quantity of cattle, goats, and sheep and perhaps chicken. (I’m just kidding though). Anyway, I started vigorous preparations to join the prestigious university that I gather is giving students from other universities (whose names I shall not mention for my own safety) sleepless nights. Within the span of one week I was ready for admission. My father who was all smiles with all his Christmas teeth on display accompanied me oozing pride with every step that he took. After countless hours under the scorching sun, endless queues and sun burns acquired from the graduation square, I was finally a student at this aspiring world class university. I quickly settled into campus routine. It is here that I came to learn the true meaning of every man for himself God for us all. I mean who were they kidding that I could wake up to attend lectures without a bell to jerk me back to reality? Come on! My bed and I were in a serious relationship that was getting complicated real fast with the end of semester exams just around the corner. The semester was soon over and being the college lass I had become I was eager to go home and dish out some campo sanity. My first trip to the country side as a pharmacist in the making was greeted by an abyss of expectations from my villagers. To them I was already a doctor who was familiar with anything pathogen oriented. They saw no difference between a doctor and I after all aren’t we all found in hospitals donning white lab coats? I remember trying to explain it to one of my grandmothers and she just laughed it off like an ancient joke. From teething children, to nasty jembe wounds and ailing pets, I saw it all. I was on cloud 9 having all these consultations in our compound. It was amazing in a scary way how these people had so much faith in one of their own bringing ‘the cure’ closer home. It was no wonder considering that the nearest healthcare facility is approximately ten kilometers away. Well my dear reader, I’m sorry to disappoint you but this roller coaster ride came to a sudden halt two semesters later when I was slapped with a couple of retakes. Yes..in Med School..and yes government sponsored. I believe the word we are looking for is OMG! How could that be happening to me? I could not fathom almost six months without any academic activity. To say the least, I was shaken at best, mortified at worst. On a positive note, those were not exactly the worst months that I had to endure. I managed to get several jobs while eagerly waiting for my return to school and the experience I got is priceless. I have been back for a while now and it’s like I never left. And soon and very soon my village’s pharmacist shall return.
Meanwhile;
Do not judge me by my successes,
Judge me by how many times I fell down and got back up again.
-Nelson Mandela.