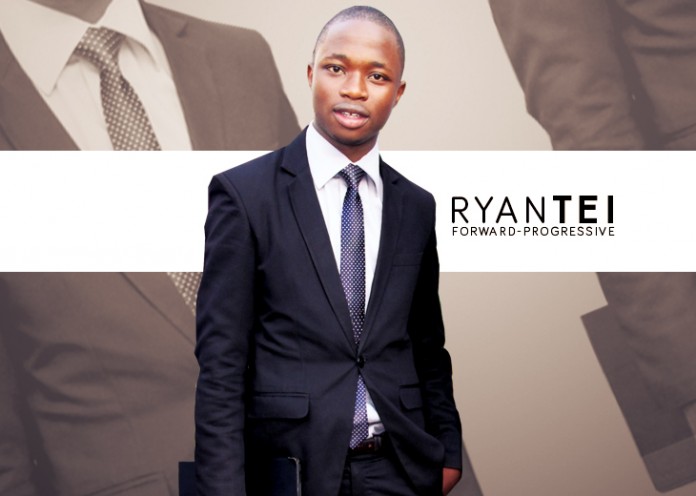 As the 2014/2015 academic year comes to an end, it is safe to say that Kenyatta University has been a hotbed of activity. The beehive of activity that we find as we walk into the Deputy Secretary General’s office makes it crystal clear that they were not left behind. The current occupant, 5th  year Bachelor of Medicine and Surgery student, Mr. Ryan Tei warmly welcomes us. We quickly get down to business. Personally, his academic year was good as being involved in politics did not really affect his grades, quite enviable if I may add. Politically, it was an average year with relatively more peaks than off peaks. Since his election on 16th October 2014 and his swearing in on 24th of the same month, he worked tirelessly to improve the state of the environment and health of the students through the various projects he organized and spearheaded.The projects aimed at spreading awareness on prevention and cure options reported a healthy turn out. The academic year started with the health drive at Ruiru Campus which was preceded by an action packed comedy night which proved to be a fun learning experience. The event organised in collaboration with I Choose life Africa was able to reach approximately 60% of the student population.

Due to the various complains and cases of food poisoning at the health unit,an emergency inspection of the hotels at KM was scheduled in collaboration with four officers from the Ministry of Health.  The inspection sought to ensure that all hotel owners and their workers met the required standards for running a food joint. The inspection certainly served its purpose as the level of hygiene improved and cases of food poisoning decreased considerably.

The  world diabetes day on 14th November 2014 was commemorated in style with the first ever brass band procession from Kenyatta University Main Campus to Kahawa and back.  service providers not only tested blood sugar and pressure level checks but also dental checks,eye checks and ear checks.

On 9th  February the HIV Testing and Counselling week under the slogan ‘Take The Test,Take control’ kicked off and ran till 13th February. This initiative saw to the testing and counselling of 6,789 people in all the campuses that participated i.e Main campus,City Campus,Ruiru Campus and Parklands Campus. Exactly one month later, the KUSA health week kicked off. It had seven provisions including: Breast and Cervical cancer screening,dental checks,eye checks,HIV testing and counselling,blood sugar and pressure level check and finally health talks. Those who prefer alternative medicine were also catered for.  The KUSA health week culminated into a series of other events such as the ‘Hugs not Drugs’ campaign and the ‘I reject Drugs I choose Life’ Campaign, whose objective was to reduce alcohol consumption and eradicate the use of hard drugs. Have a look at what transpired.

Clearly,the ‘ I reject Drugs I choose life’ campaign was a stepping stone for the Anti-Drugs and Alcohol campaign. The launch of the initiative graced by the NACADA chair, Mr. John Mututho began with yet another brass band procession. Numerous campaign materials were handed over to the KM residents and the students at the main campus. Talks from various recovering addicts were also incorporated to help send the message that recovery is indeed possible.

So far so good. However,the office of the Deputy Secretary General was not ready to call it a year yet and next came the First Aid Training. Being the first one of a kind to be done in collaboration with The Kenya Red Cross Society of Kenya,more than 80 students were able to acquire professional First Aid training. Finally the curtains closed on the year with the Environmental Conservation campaign dubbed ‘Start Today Save Tomorrow’. under the clarion ‘ Don’t pollute,good planets are rare to find’,the campaign was a massive success and Mr Tei hopes that it will be carried forward even by the next DSG.

I definitely saved the best for last,so here goes. You may have noticed a few changes in the service provision at the health unit. I am happy to report that the issue of poor service provision to the students such as the  unavailability of ambulance services,lack of treatment when one is off session and improper dosage is now a thing of the past. Mr Tei personally made sure that the issues were addressed trough an elaborate letter to the DVC-Administration through the director,student affairs.There you have it. The 2014/2015 academic year from the office of the Deputy Secretary General,KUSA in the shortest way I could possibly have it. Could I have left anything out? Kindly add it in the comments below!