The First Lady of the Republic of Kenya, H.E. Margaret Kenyatta, EGH receives the ceremonial key to the IAAF World Under 18 Athletics Championship Village at Kenyatta University. 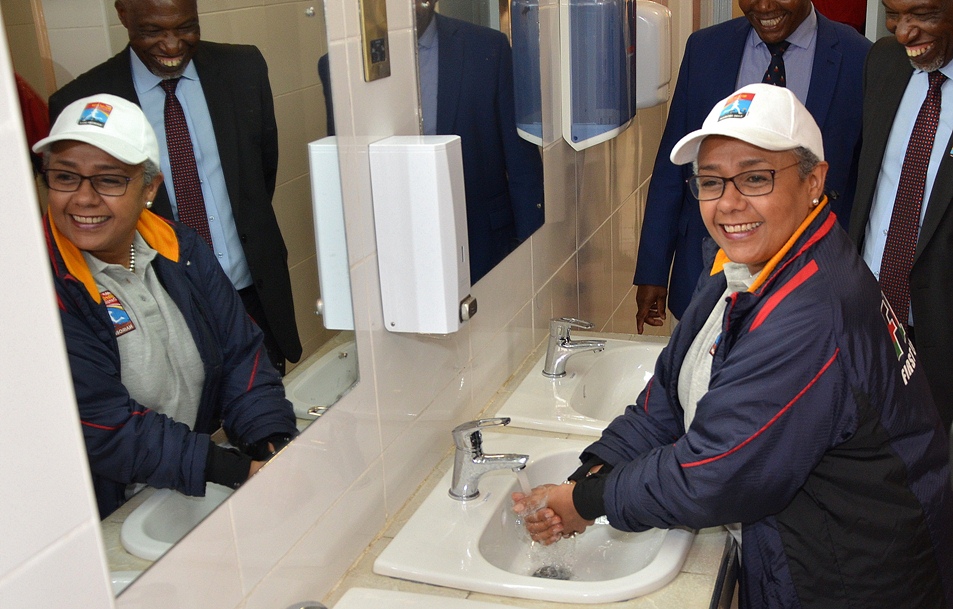 Poland is the first team to arrive in the country ahead of the IAAF World Under-18 Championships at Kasarani.

The 31-member team arrived on a day when Kenyatta University handed over the athletes village to the government and the local organising committee in the presence of the games’ patron First Lady Margaret Kenyatta.