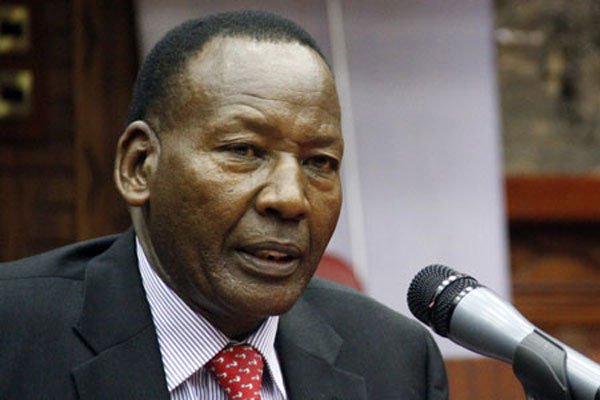 Interior Cabinet Secretary Joseph Nkaissery has died few hours after he was admitted to Karen Hospital in Nairobi for a medical check-up.

Chief of Staff and Head of Public Service Joseph Kinyua in a statement sent to newsrooms announced the sudden demise of Retired General Joseph Nkaissery.

His body has been transferred to Lee Funeral Home in Nairobi.

Below is the statement State House:

IT is with deep sorrow and shock that we announce the sudden passing on of Interior CS Retired General Joseph Nkaissery. Gen. Nkaissery passed on at Karen Hospital in Nairobi a few hours after being admitted for a check-up. The country to be updated as more information becomes available Joseph Kinyua Chief of Staff and Head of the Public Service STATE HOUSE.