I see you found your way back here!!:) PseudoDr. Reporting for duty. Roger that.

So let’s -for a moment- imagine that I am a deeply profound and poetic person. (IMAGINE, only for a moment – it’ll be over soon, lol) now that you have imagined this, come with me on this mental escapade and picture life as a drug.

And no, potheads, I don’t mean just weed, cocaine and those that keep NACADA in the job market; but including Fluconazole, Ritonavir, Spironolactone, Pegvisomant, Pergolide (I shall continue unleashing these jargon for the sole purpose of showing off and make you feel inferior 🙂 muhahaha) where was I? Oh Bromocriptine, Mifepristone, Propofol, Scopolamine, Vancuronium, Etomidate, Warfarin- Okay that’s enough- I promise I’m not running out, or am I? 🙂 I digress.

Some bit of Pharmacology (study of drugs) 101 – most drugs, by way of action, once in the body find their way to the receptor (almost like the door to a key <the drug>) where once it interacts it either stops something or activates something that goes a long way in helping you feel better.

Part A – When you swallow that tablet or pill, or drink that syrup or get an injection; the amount of actual drug that interacts with the receptor is far too little to be administered on its own. Even more fascinating is – however much drug you receive it all works singly at a molecular level. Couple of things there:-

First is what I call the Principle – each situation, scenario, dilemma when carefully dissected there almost always is the underlying principle, the fundamental truth, the reasoning behind it all. For example, a simple act of you lending out, say money, to a friend has a particular reasoning for you- it could be that you’re hoping the day you would need money, you’d have someone to go to or that you don’t like seeing others suffer where you can help, that is, no one should be in need when you have. 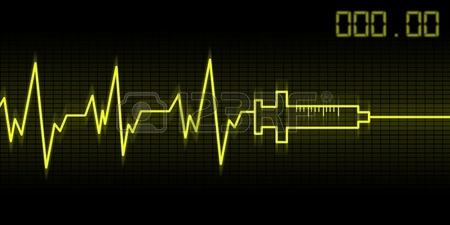 The second is the Scene behind the scene- terribly close to the Principle- this is where one discerns or sees beyond the face value. Going beyond what is presented, whether a circumstance or a problem to see what is really happening. It is hearing the implied words rather than simply the spoken words.

Life is as such- there is always the nine tenths of the iceberg hidden and the fundamental truth about someone from their behaviours or about something from its working principle.

It all works at only a molecular level, singly. So however many times you will hear it said that no man is an island (an indisputable fact) no-one can move your hands for you or your feet. Effort requires, often if not always, individual input. Play your part.

Part B – Dosage. Too much of a drug is toxic to your system and too little of a drug is ineffective. Similarly, weighting yourself with more problems than you can handle is as destructive as excessive fun. Conversely, if you ignore, bury your head in the sand as it were to the problems you face is as detrimental as living a drab life with no enjoyment. None of the situations painted give wholesome living. It is said that Moderation is the key to longevity.

There you have it life as compared to drugs. So life is not always like a circus, or a piano, or a camera, or music….life can be like a drug (Don’t quote me when you next get high)

P.S. now do you believe that I really am in medical school.