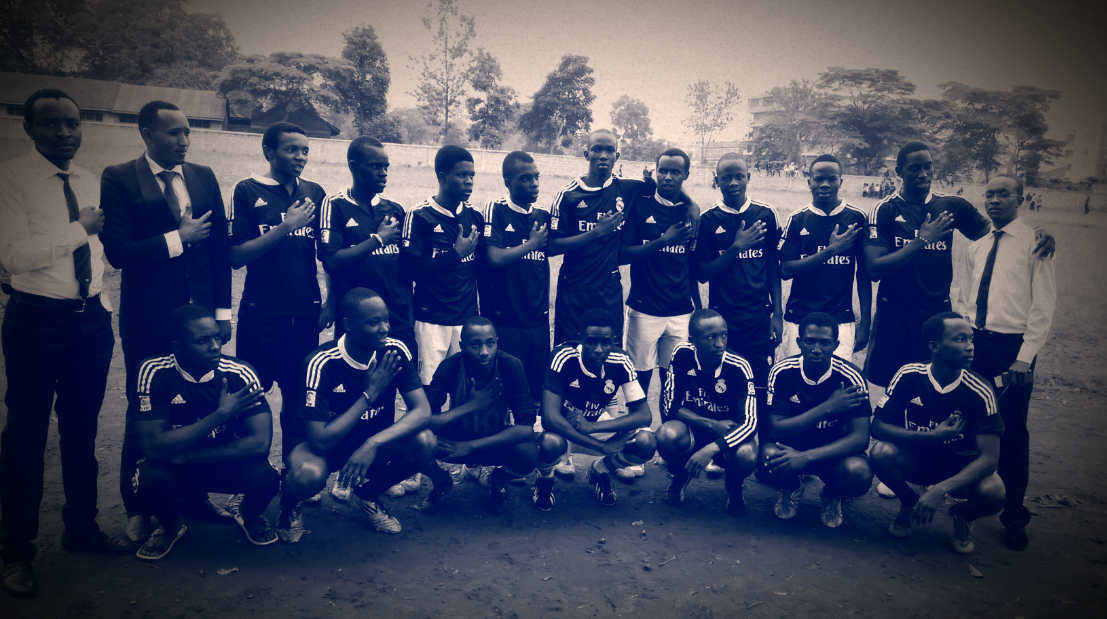 The match was a return leg fixture to a previous game played about two weeks before at the Kenyatta university Sports grounds. Due to the 1-0 Ultimate win in the first match, both teams were eager to showcase their talent and skill on the pitch in an effort to outdo one another.

On the 13TH of June 2015, Team ULTIMATE from Kenyatta University set out towards the beautiful and expansive outskirts of Thika Town. The lads always in high spirits, arrived at the designated pitch full of machismo  and the  warm up was as jolly as expected with the likes of Adonija Ominde cracking the team with crazy jokes . The spirits were high and this proved crucial for a memorable derby match.

The blow of the whistle indicated that it was time for some edge of the seat football match. Both sides displaying a form of sporting quality and athleticism. The ball control perfect and in tune, the pace of the game kept the fans on their toes even attracting the attention of the neighbourhood folks both old and young who  came to watch this exciting spectacle.

The fans from the KU- Ultimate side under the stewardship of the team manager Kelvin Mugo and the cheerleading of the beautiful Sheila Wambui and the lovely Rose Macharia – Miss Kenyatta University.

Thika school of Medical Studies drew first blood with a superb header that stretched the goalkeeper as it squeezed past him on the far post. The set-piece play on their side was magnificent with their players making calculated runs in an effort to catch the ultimate defence off guard. The defensive rock under the stewardship of Chikamai Satia, Hillary, Adams and Vincent – the KUSA sports chair– were working overtime.

Half time and the teams took a break as strategies were re- drawn in an effort to salvage the game. The second half begun with much gusto as the midfield maestro Michael Kabara made superb and ambitious attempts to create opportunities but their attempts were thwarted by the opponents Centre-Back who’s superiority in the air was unmatched. Attempts on goal were met with great resistance with Ultimate strikers Tendwa and Adonijah Ominde‘s attempts handled with quick keeper reflexes. Even Manuel Neuer Der Manschafts numero uno would have been impressed.

At around the 73TH minute a killer pass sequence from the high- paced midfielder Kiprono Amboka made its way to the 18 yard box where Tendwa volleyed in a powerful shot. Needless to say the damage was done and the ball squarely in the net. The final battle lines were drawn and the remaining minutes were a jostle for the upper hand but all that effort was futile with both sides displaying superb defending.

The blow of the whistle indicated the end of such an entertaining match full of ‘oomph’ and such an emotional roller-coaster. As they say ‘all is well that ends well, ’the irony of the day being that such an exhilarating game ended in a 1-1 draw.