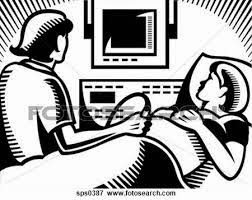 Well hello there, I see you made it to this part of the world wide web. On the odd occasion you really have no clue where this is (cue for dramatic music) welcome to K.U-COMRADES FORUM. As a P.S. I will say I really don’t like the name comrades, but heck I am one, so Comrade Power! You better chant right after this.
I am a pseudo-doctor, a fake doctor, a non-authentic doctor, that’s probably because I am reading to be one, not yet one, but well on my way there…till then I am simply a comrade, a pseudo-doctor. So for the sake of it, let’s call this the diary of a pseudo-doctor.
It’s been about a month since the #GarissaAttack and a few weeks since the Alshabaab scare in KU. Now, now, now if you haven’t heard about this…then the friends you have from KU are what we like to call Handout Friends only (I know! sucks to find out this way!:)) But for your sake I will do a quick rumor recap. It was said that a threatening note was left in one of the hostels, it was first Nyandarua hostels then it somehow was in Nyayo (don’t ask me about that nor what threatening means). The story goes on to say a few gunshots were heard at 4 am. A hilarious version stated the food in mess was being poisoned (I think that was just a hater) Besides the point, the gates were virtually impenetrable to the common mwananchi and a general panic was followed by memos of calm from those who stay in the 8-floor complex called Administrative.
Now that you know, let me take you to a hypothetical scenario here, say you’re in the hostel; take Nyayo, most populated or Ngong’ most secluded and full of girls (evil terrorist laughter) some random guy confident as your average Dholuo man walks in, leaves a fake ID (what does it matter anyway he could run out back with it). So he walks in, then another, then another. Bulky jackets (God knows what is making them bulky, I tell you it isn’t abs…its guns, okay, its guns, loaded guns) The very female housekeeper is tempted to call and voila! Shot. Girls terrified. Calls made (maybe to boyfriends <the skeptics> or to get help <the cool-headed ones>)
Here I try to paint a picture where terror rules, none feels safe anymore, scared to wits, jumping off library windows (remember that ey?)
What would it matter I ask? Cry out the government isn’t doing enough to beef up security, but who said this was made to be safest place on earth. A world where terror only reigns and fear takes a hold of us is not place to live. Besides as a pseudo-doctor I can safely tell you fear will kick in your adrenaline.
Sure you can claim to know the whole fight or flight thing; but here it is, your pupils constrict just so that you may see better, you even stop digesting- just so that you may not waste valuable blood and energy doing mundane things like breaking down that ugali. Get this, that rush, the faster heart rate pushing blood to vital organs like the brain, that you may have enough supply as those wheels are turning. My point here, you will respond; unless you are the peeing kind (pole brathe).
Eventually we are not made to make it out of this world alive, we will die. This world wasn’t made to endure eternity so as it surely will all end, why spend what could be possibly be your last or best moments trying to make yourself secure from the inevitable, death.
Don’t get me wrong, this is no YOLO movement, don’t throw yourself in the line of fire as it all surely will end, nor should we leave our gates open, because terror does not reign. I am saying don’t look over your shoulder ten times over and skeptically view every Muslim as a gun-carrying terrorist. Relax, smile, close your gates, when your time comes, it will come.
Always and forever.
The Pseudo-doctor