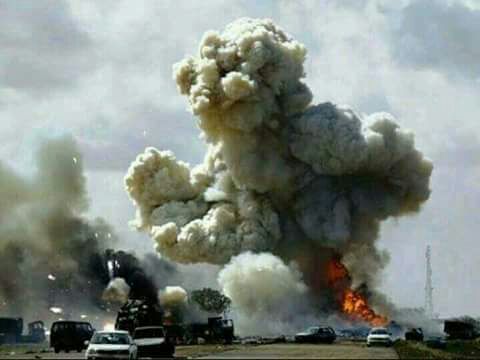 Striking is not something new in most public universities in Kenya. It’s something that most of us have experienced many times over the years. But why do these students strike? While there are good reasons for students to demand for their rights, some reasons are not particularly strong and there may be other ways to look for a solution without striking.

Reasons why Students from Universities in Kenya Strike
We did a little research to determine why students in universities in Kenya protest. While reasons like poor management can be justified, sometimes the reasons given by striking students are absurd. Here is our list of 5 odd reasons for students to strike.

In case you haven’t noticed, most universities in Kenya experience strikes which destabilize learning just a few weeks before the exams begin. Some people argue that students who have not prepared well for their exams usually start the strikes so that they can be given time off. What they don’t realise is that they are wasting not just their own precious time, but all the other students in the campus. This is unfair and always ends up with students spending more years in campus.

Believe it or not, some universities in Kenya have had to closed down because students protested over the increase of the price and quality of food at the school’s cafeteria. Sometimes the increase is so negligible that it is hard to explain whether that’s the real reason why students have protested. But university students like their food and may feel that the price and quality of food items will negatively affect their studies. However, as mentioned earlier, other avenues of conflict resolution should be considered before students go on strike for such reasons.

Yes, the cost of living is high up, but is your university to blame? Everyone is facing the high economic meltdown and not just students in universities in Kenya. Students should remember that they are the leaders of tomorrow. By studying hard and staying in school they will be in a better position to change the country’s economic fortunes for the better. Destroying property and destabilizing businesses in the name of protesting will certainly not help the country’s economy grow.

Universities in Kenya, especially the ones that are sponsored by the government, are known to be affected by political events. Politicians have also been known to court student leaders with the intention of using the student body to protest for whatever reason that favours the politician. While a lot of student leaders have gone on to become successful politicans, current students should be wary of being used for political reasons.

There are many other reasons why university students in Kenya may go on a rampage. The reasons range from small classes to poor social amenities. Some students have gone on a rampage because they don’t like the new VC or any other academic official.
Being part of a student’s strike can create a lot of problems for you. Organizers of the strike can be expelled or suspended for many years. So if you are planning on joining any of the universities in Kenya, take caution and don’t be tempted to be among those who organize strikes. Peaceful demonstrations are ok, but when it gets to damaging people’s property and threatening human life, that goes against the laws of the country.

The Implications of Random Strikes in Kenyan Universities

There are always several implications of university student strikes in Kenya. It is also important to note that often the very grievances that led to the strike are not resolved by the time students resume studies. So what was the point, really?

It is always good to peacefully demonstrate your displeasure on issues directly affecting you. It is your constitutional right. However, when planning or taking part in these demonstrations, you should always go through the impact it will have. All the pros and cons should be weighed and decisions must never be reached due to pressure from other comrades.

Below are some of the consequences of the strikes:

In the chaos, there is always damage of property. It is also common that the school itself is normally worst hit in the chaos because it is at the epicentre of the protests. However, other people neighbouring the school are also affected and properties also damaged or lost.

In extreme instances, there could be loss of lives as police officers could turn into using live bullets or excessive force to calm the situation.

Suspension, Expulsion or Jail Term
Students who are suspected of organising violent protests normally suffer adverse consequences. The university will want to show other students its stance on matters of lawlessness by setting an example.

The university therefore targets the students who led the strikes and others who were caught in the act. These students will face the university senate and an appropriate punishment is proposed to serve as an example to the other students.
The suspected students can either be suspended from the institution for a number of academic days, discontinued or taken to court. No student wants to face these consequences. And even though you were in a group, every individual will face the consequences on their own. Therefore, if you feel the urge to demonstrate for whatever reason, first ask yourself whether you are willing to make these sacrifices.

Some cases have seen students spending more than 7 years for degrees that should have taken them at least 4 years. This is a waste of time and will only delay your entry into the very competitive labour market.

Financial Implications
After the Kenyan university students are recalled from strikes, there is always a financial implication, especially if there was any damage of property. The damage is normally assessed and quantified. The students must then pay the damage fees, which can be quite considerable considering the amount of destruction.

The university can also take advantage of the situation to set exorbitant amounts to also serve as a lesson to the students who took part in the strike. A recent strike by KU students might saw them pay damages fees of almost 5 thousand shillings per student.

While this may not be a high price to pay for some students, other students from families that are not well off may find this as a very big challenge. Failure to pay the damage fees may lead to the student not being allowed to resume their studies at the institution.

It is always a good thing to exercise your rights. As a student leader in any Kenyan university, it is also your obligation to fight for the rights of other students. However, make sure that you use your right wisely and choose the right avenues to air your grievances and tackle issues affecting the student community in your university.

What other reasons have you heard and what implication have we missed resulting from strikes in universities in Kenya?