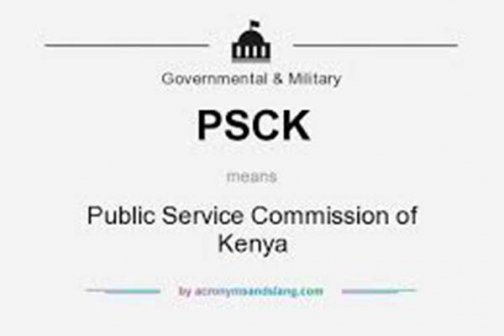 The Public Service Commission (PSC) has been ordered to interview a university lecturer for chairmanship of the anti-corruption agency. High Court judge Edward Muriithi ruled PSC should not submit or recommend any name to the President for appointment to the position of Ethics and Anti-Corruption Commission (EACC) chairperson until Dr Wilfrida Itolondo’s application is considered and she is interviewed.

“In failing to shortlist her for the interviews, I find that the PSC was unreasonable and contravened her rights to fair administrative action. It is the reason why the commission should not nominate any of the candidates they have interviewed until they consider her,” ruled Muriithi. Justice Muriithi, however, declined to order that all those who applied for the position but were not shortlisted be reconsidered, saying the court has not been given an opportunity to know why they were disqualified.

Dr Itolondo, a lecturer at Kenyatta University, filed the application claiming PSC treated her unfairly by failing to shortlist her for the position despite satisfying all the conditions. “PSC failed to tell me why they rejected my application when I had met all the minimum requirements. I deserve to be given opportunity to present my capabilities before the interviewing panel just like the other candidates,” said Itolondo. The position fell vacant after the resignation of Mr Philip Kinisu in August.