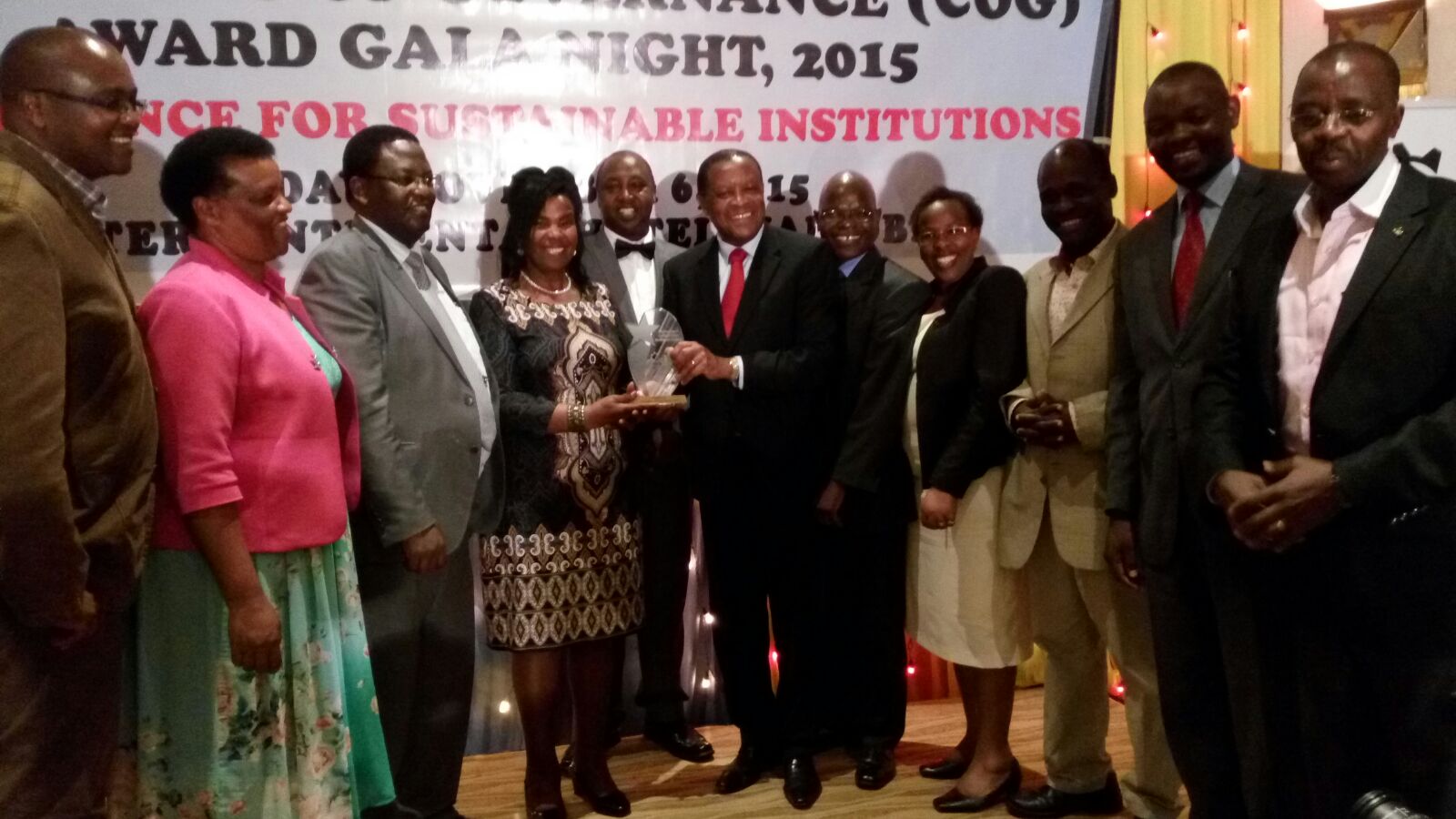 The Institute of Certified Public Secretaries of Kenya (ICPSK) last week on 6th November, 2015 named Kenyatta University Vice Chancellor Prof Olive Mugenda the C.E.O of the Year following her “exemplary leadership”. ICPSK also presented the university with two other awards at the annual Champions of Governance Awards Gala at a Nairobi hotel.

The chief guest was Industrialization P.S Wilson Songa. The institute together with other stakeholders inaugurated the annual governance excellence award in 2010 to recognize organizations and individuals that exhibit high standards of practice of governance.

Prof Mugenda was honored for her exemplary leadership which “has not only transformed the institution into a center of excellence but has also enhanced access to higher education in the region”, the jury said. The university was named the best education institution in Kenya during the gala.

It was described as an environment with world-class infrastructure suitable for the delivery of high-quality education, research and innovation, with the likes of Chandaria Business and Innovation center enhancing the university’s role in achieving its goals. It won the third award for being ranked the second runners-up among 44 organizations in Kenya.
Reading the citations for the three awards, the ICPSK Champions of Governance award jury singled out K.U’s rising profile in the past years that set it apart as leading institution of higher learning.

Despite her recent wrangles with her term in office ending, Prof. Mugenda attributed her achievement and that of the institution to support given her by the Chancellor, Dr Benson Wairegi, the University Council, Management Board, Senate, Staff, students and the entire community. She thanked them for the support.

K.U on Saturday November 8, 2015 also launched it’s own television station, which will be available in all free to air set-top boxes.
The station, based at the university, will air programs on health, innovation, business, careers, culinary arts, comedy as well as legal matters.