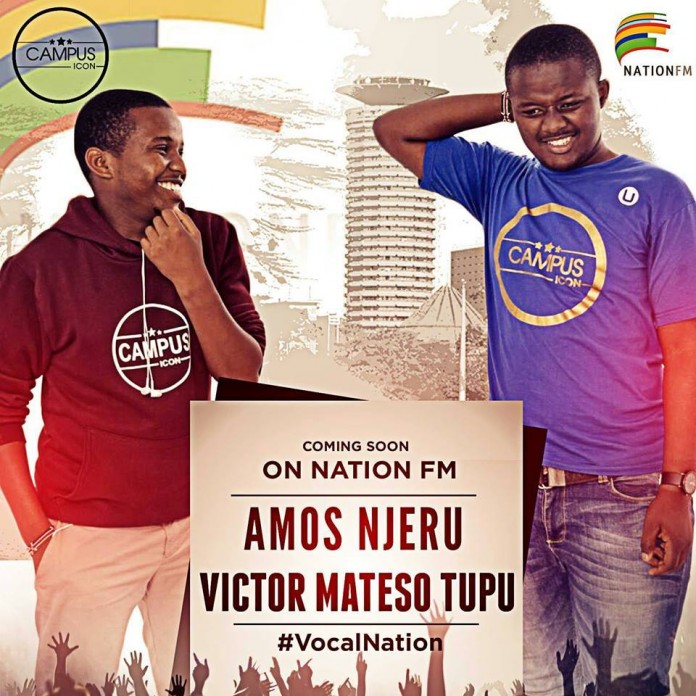 The duo has in the recent past hosted quite the number of Kenyan celebrities – the likes of Avril, DJ Joe, Jua Kali, Nonini, King Kaka, Kriss Darlin – just but to name afew. Now, they have been nominated for their continued effort to host an ongoing campus radio presenters’ competition on Nation FM labelled Vocal Nation. Follow their twitter hashtag: #CampusIconOnNationFM

This does not come as a surprise as the two have managed to garner the attention of the Kenyatta University’s Administration with posters of the show (#CampusIconOnKUFM) showing up on their social media handles!

Voting details will be shared in the group – so join it today! #CampusIconOnNationFM