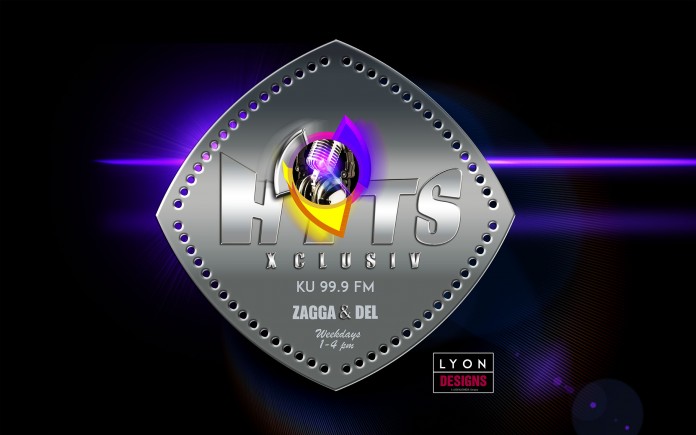 From the day Francis Ombogo a.k.a The lyrical Frank Zaga and Delvin Cheruto a.k.a Del the Diva met,they both knew they were destined for greater things together. As they both tell me how they met, I see both of them light up in a manner that all too well depicts their familiarity in operating as a single entity. ‘We first met at a class in K.U and subsequently at the stage. Apparently we live in the same hood!’ Del offers. Del vividly remembers that she used to go to KU Radio and often talked about radio with Frank who was already in radio with one Maji Ya Vyombo. ‘I used to host Caribbean Mash Up with my good friend Maji Ya Vyombo but I felt that the show needed some re-branding, you know to something that could be more appealing to our audience and so Hits Exclusive was born.” So how did Del end up as your co-host? I wonder out loud, why her? ” I find that we have amazing intellectual chemistry and we compliment each other,without which would be a sure recipe for disaster . Del inspires me to be better at what we do. And that’s all I needed in a co-host”. I can’t help but notice that she is also full of his praises as she smiles and explains how he never gave up on her. 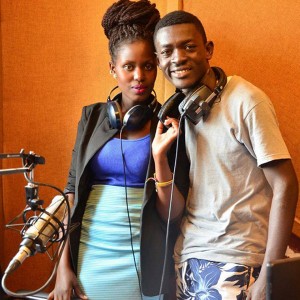 With a new show in the market, they had to think of ways to make it unique and relevant. After much consultation and consideration, they settled on engaging corporates and the corporates behind celebrities instead of celebrities only. They figured out that this would be a great learning opportunity for both of them and their audience.
“So far it has not been easy, we have had to deal with rejection but we have had to persist and soldier on as life is a working progress.” Del says. On the other hand they have managed to work with several corporates who believed in them,the list which is quite impressive with the likes of: Spymole,Hype Team Republik DJs’,Pearl Studios and currently mi-Fone. I’m undeniably curious as to how they landed a deal with such a huge company and Frank is more than willing to enlighten me. “When we started this initiative,we were targeting small corporates first with the aim of inspiring the youth. We are preaching the gospel of youth empowerment via innovation and self employment. Then again, it’s only logical that we involve corporates that are already established, so we approached mi-Fone. They were very welcoming and even sent one of their marketers to our show. They saw our work as a good initiative,and here we are with the #BeiYaCampo campaign. ” During our engagement, I get to learn that mi-Fone is a company made for the youth by the youth. As a matter of fact, the oldest person there is only 35 years old. No way!! It is also built for the  convenience of youth, it is open to suggestions and listens to the youth. 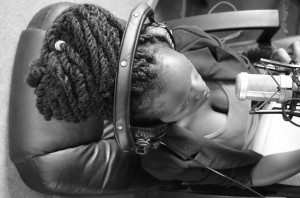 Mesmerized by their progress so far, I almost forget to ask them about the challenges they have faced so far. “Dress code!” They both say. I did not expect that one but let’s hear it. “People tend to judge you based on how you’re dressed .They underestimate your potential and willingness to deliver just because you are not in a suit.” Zaga fills me in. “They also tend to think that we don’t need the money and try to take advantage of us. Like they expect us to do their promos for free. Sad,but true.” However,they agree that the challenges have only made them grow stronger and believe in themselves even more. The future is even brighter for these two budding stars with plans of getting into TV, having a Hits Exclusive Campaign where they sell t shirts whose proceeds go to charity. They also plan on starting an NGO whose prime focus on kids,based on their mutual love for children. I inquire about their career highlights so far and I get to learn of their interview with Gcho Pevu the poet and also Ali C which can be found on their you tube channel: Monday Barz. Del’s passion to promote healthy relationships among the youth led to their collaboration with Kenyatta University’s counseling department to address issues on relationship based suicide. She is also a sucker for positive vibes among women and seeks to get women to support each other. I definitely can’t let them go without asking the million dollar question on behalf of the fisis and fissettes but before then, let’s get some words of wisdom.

Zaga: look for a successful mentor,trust in God,avoid procrastination and be organized.
Del: Go for what you want,sacrifice, ask for advice, research and get out of your comfort zone!

As for their relationship status,Del tells me she is single,and Zaga? Well, he is happy!

For all the latest Hit Music and intriguing corporate interactions, tune in to Hits Exclusive every weekday from 1-4 pm on your number one Campus Radio, 99.9 KUFM.