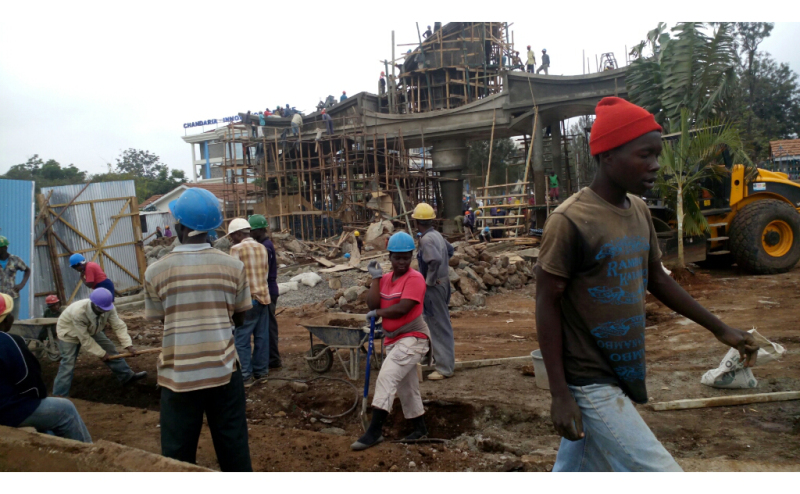 Kenyatta University on Friday signed an agreement with Africa Integras that will see the institution construct 10,000 bed capacity hostels at the university’s main campus. The KES 5.1 billion (50 million USD) project will be operated by the company for 20 years before being handed over to the institution.

Speaking during the event held at the University’s main campus, Vice Chancellor Prof. Olive Mugenda said 16 acres of land has been identified for the project. She said the hostels will accommodate 9 350 under graduates, 500 postgraduates and 150 married students.

“The hostels will have special units for postgraduate as well as married students,” she said adding that there will be space for Masters students as it is not good to mix them with undergraduates. The Vice Chancellor admitted that accommodation of students remain a big challenge to most campuses and students operating from outside miss the opportunity to utilize the library and other services.

She said the institution is doing its best to curb the challenge.

“It’s not easy for the university to accommodate all the students but if we accommodate a good percentage then it will be an achievement,” she said. She also added that Kenyatta University currently has a population of 70 000 students and due to financial constraints; they are entering into partnerships with other companies to achieve developments.

Director of Public Private Partnership hostels project, Eng. Stanley Kamau said the partnership has opened a window of opportunities and it is through the process that the government can attain its dreams of putting up infrastructures in the country. He added that the government is helping other universities who have expressed interest.

Following Friday’s agreement, Kenyatta University becomes the first public institution to actualize the 2013 PPP act. Prof Mugenda who has one year to retire as KU’s Vice Chancellor has also initiated other major projects in the campus including the Teaching, Research and Referral hospital which is set to start operating in October 2015.