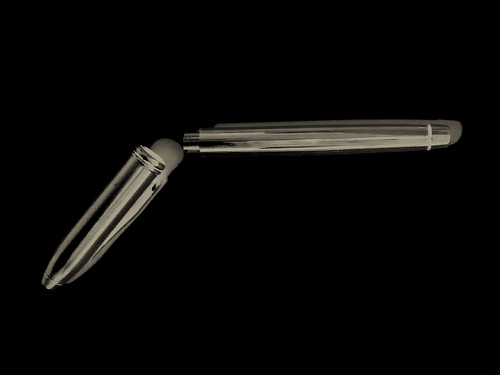 Erections are fascinating things. Did you know the little blighters even occur in the womb? And that men well into their nineties report fully functioning trouser salutes?

Something to look forward to then, along with the free bus pass. The type of injuries where the name alone induces a horrified wince.

Here’s just one: the ‘penile fracture’.

A recent study published in the Advances in Urology journal has revealed that the ‘woman on top’ position is the most common sexual arrangement associated with penile fractures. The internet has suitable blown up with the news (it was the most viewed story on The Telegraph yesterday) – but what exactly is a penile fracture?

In fear of sounding like a Sex Ed teacher circa 1994, let’s start with the basics. A man achieves an erection when the brain – stimulated by a brush of the thigh, a hastily removed pair of knickers, or the sound of someone dusting off a Barry Manilow EP – pings a request to the penis via ‘chemical messengers’ emitted through the central nervous system.

The dutiful penis responds to this request from the brain by releasing nitric oxide, which triggers the two spongelike chambers either side of the penis, the corpora cavernosa, to ‘relax.’ Simultaneously, the diameter of the artery transporting blood to these chambers doubles and blood flow to the penis increases sixteenfold.

The corpora cavernosa start to take on blood, absorbing as much as eight times the amount they do when they’re flaccid and, squished by the pressure from the burgeoning chambers, the veins responsible for carrying blood back out of the penis become constricted. Unable to drain itself of blood the penis thus becomes rigid, soon enough reaching its fully extended and swollen status synonymous with a policeman’s truncheon.

The average erection lasts between 30-45 minutes, but a healthy penis on a healthy man can maintain a steel girder like tension until his penis or brain is no longer stimulated or, more likely, he ejaculates – at which point, excess blood is drained away and the blood flow in and out of the penis returns back to normal. Sounds familiar? Good. That’s how it should be.

Unfortunately, there is another outcome. The penis breaks. Such a breakage, or penile fracture, occurs when the penis is subject to a sharp, blunt force trauma. Imagine running into a brick wall. Completely naked. With an erection. You get the idea. Such a fracture can occur during vaginal intercourse or ‘aggressive masturbation’. You have been warned. The reason ‘cowgirl’ is the most common of positions from which to suffer such an injury is because the man relinquishes control of his thrusts and in doing so, the penis is susceptible to slip out and, well, I’ll leave the rest to your imagination …

For those of you crossing your legs, don’t panic. Penile fractures are not that common. The first case was registered in 1924; since then, 1,600 cases have been recorded worldwide. That’s roughly 16 instances of penile fracture per annum, among the whole of the Earth’s male populace. Surely worth the risk?

Bear in mind that it is not solely sex that can lead to blunt force trauma of the penis. A study of all 1,600 instances revealed more ‘bizarre’ causes – including, ‘rolling out of a chair onto the floor’, ‘being thrown against the knob of a saddle’ and ‘a donkey bite’. 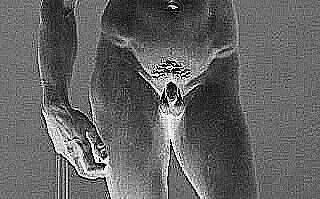 Back to the science.

Such trauma results in a rupture of the tunica albuginea, the fibrous membrane that envelope the corpora cavernosa. As the penis undergoes its shape shifting transformation, the elastic tunica albuginea thins out and expands. However, when it expands or stretches too far, because the shaft unexpectedly bends, or – better word – buckles, the membrane can tear or ‘fracture’.

Such a fracture usually occurs at the base of the penis and is often accompanied with a popping or cracking sound and a resounding ‘Arggghhh!’ Swelling and purple discolouration follow almost instantaneously, as blood surges from the corpora cavernosa into the surrounding flesh (what is known in urological fields as the ‘eggplant’ or ‘aubergine sign’). Needless to say, the erection subsides, the man experiences immeasurable pain, and the air turns blue.

Penile fractures are pretty serious injuries and require immediate diagnosis and treatment. A visit to A&E is often followed by urgent if not emergency surgery during which the penis is relieved of hematoma (the blood collecting outside of the blood vessels causing the aubergine tint) and the defecting tunica albuginea is patched up.

After surgery, ice packs are applied, the order of no sex for six weeks is given and bed rest is issued. Anti androgens are also administered to stop any unwanted – and completely unpleasurable – erections.

When treated properly and promptly, 92 per cent of men will recover from fractures and go back to a healthy, if a tad cautious, life of lovemaking.

One final thing of note: Fractures of this kind – where there are no bones involved – happen almost exclusively to the penis. So, when you’re lying there in excruciating pain with your missus bouncing into her tights whilst ringing 999, you can rest assured that you, my friend, are completely and utterly unique.

Ah penises. What would we do without them?

The Ultimate Guide To Dealing With Hangovers