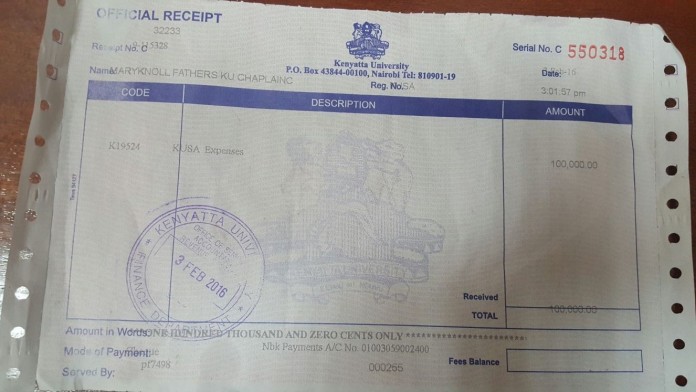 KU Icon of Integrity Team conducted a research on Somesha Mwenzako Cash. The coincide, pitting the KU students and the KU officials over the control of the somesha mwenzako cash – raised the appeal as the icon of integrity team moved in to wave the debate.

The confusion stirred when Mr. Sec Gen Ken Mutua disagreed over the cash, claiming was pocketed during the 12th Congress sitting held on 26th Feb 2016. 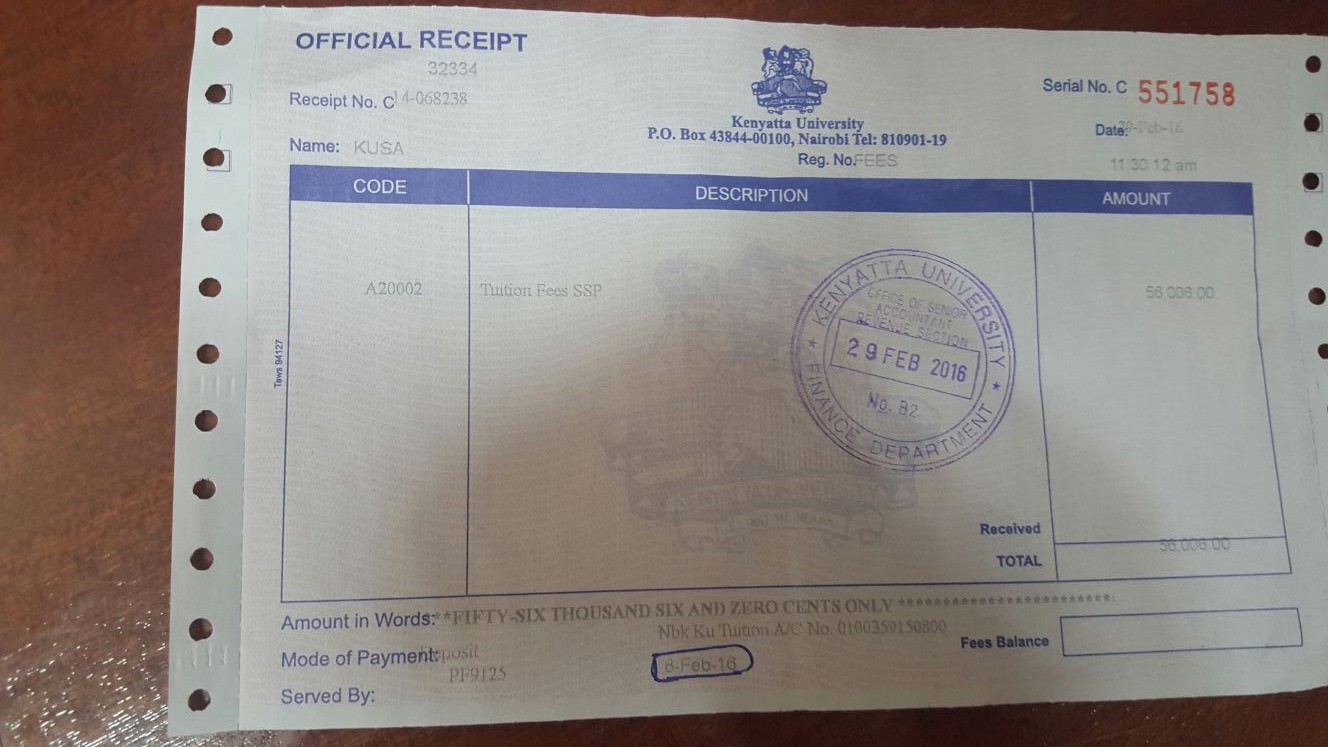 Speaking after long hours closed meeting at BSSC food outlets, the team reported the money was not stolen. According to the National Bank officers a total amount of Kenya shilling 264,897 was deposited on 8th Feb 2016. 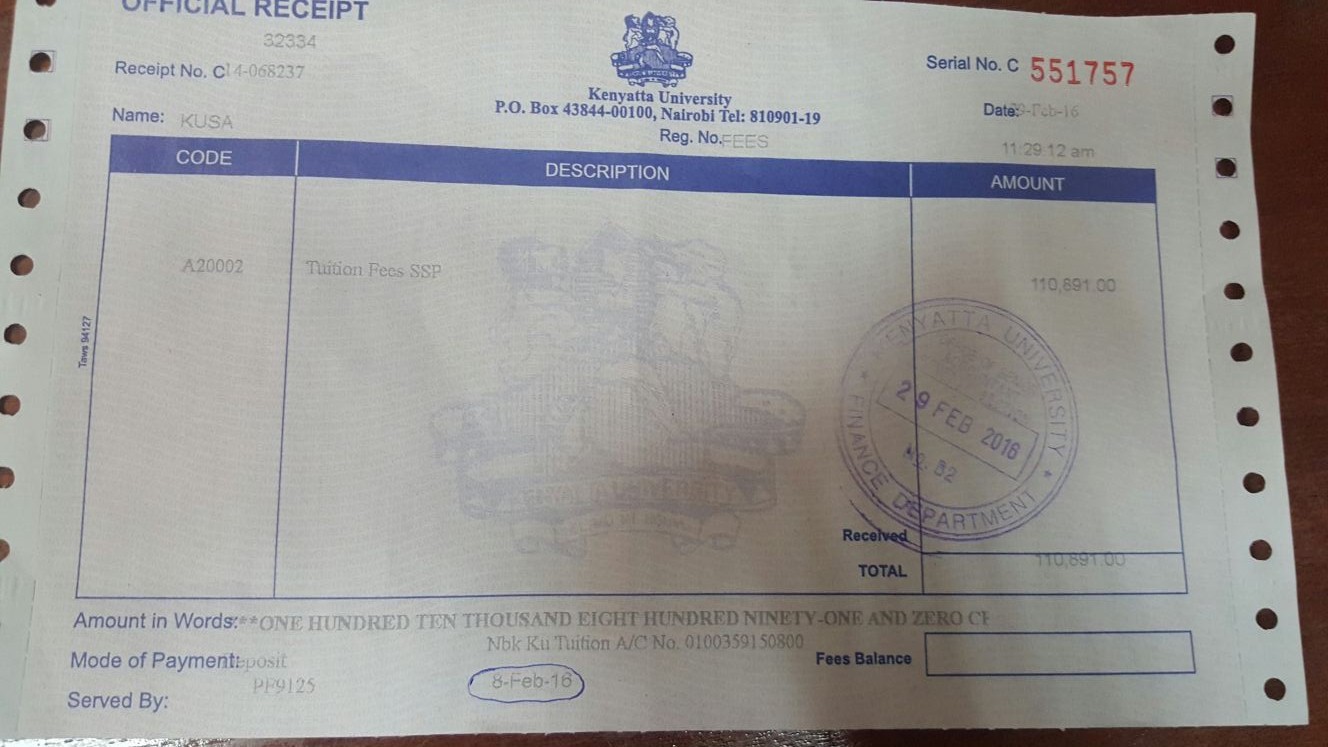 Meanwhile the icon of integrity team is following investigation to unravel corruption alleged renewal of Annex. Renawal was done by KUSA finance sec as directed by KU management. However report reaching the icon team were not clear. The renewal was made to the same person reason being, “the person has been paying rent on time”.

The icon of integrity team called for tolerance, they said “We see this as a big deal with it as such. The students are expecting more from us. It is our hope that the executive will pass the bill and the exercise is done a fresh.”