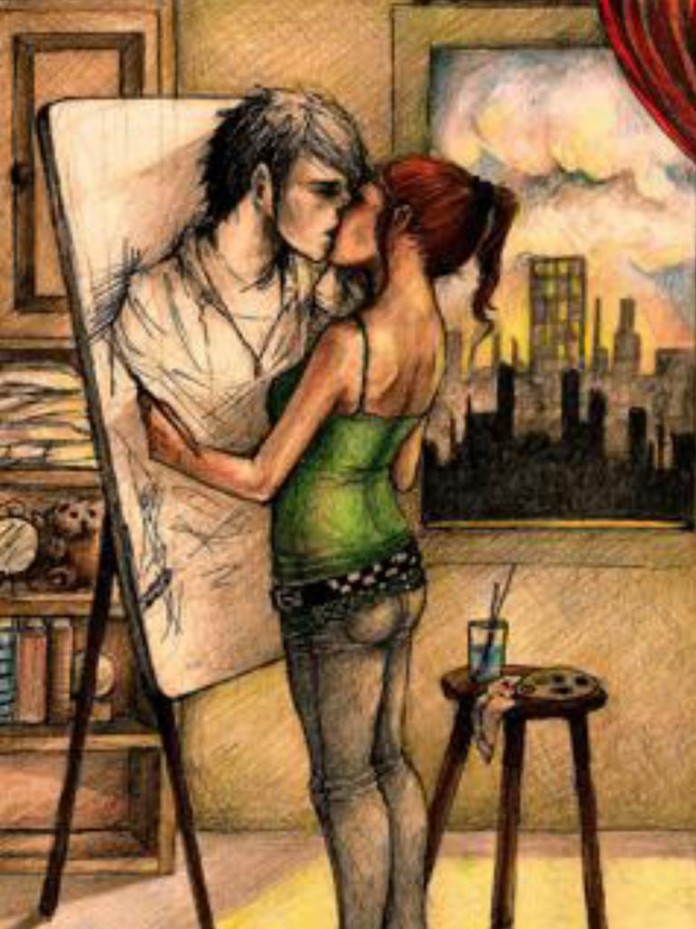 …thunder echoing in the distance…the air dense and condensed with moisture as though all the water in the world that dissipated hung there. It was humid.

It was like in the movies, his heart was racing…and so was hers. His wide anticipating eyes stared at her lips like it was what he had been longing for his entire life. She was like the glimmer of hope his heart found a necessity. A man, new in the experience of bond of a reliance that was never needed of him before, yearned and wanted only one thing in that moment.

She was shy of him. She couldn’t garner up the courage to look him in the eye. Her gaze had caressed, more of trickled down from his temple, eyebrows – all the way down to the nose that was gradually decreasing distance between them.

And there it came. The touch of his lips on hers.

A soft touch and the sensation that came with it almost simultaneously. Simultaneously almost…