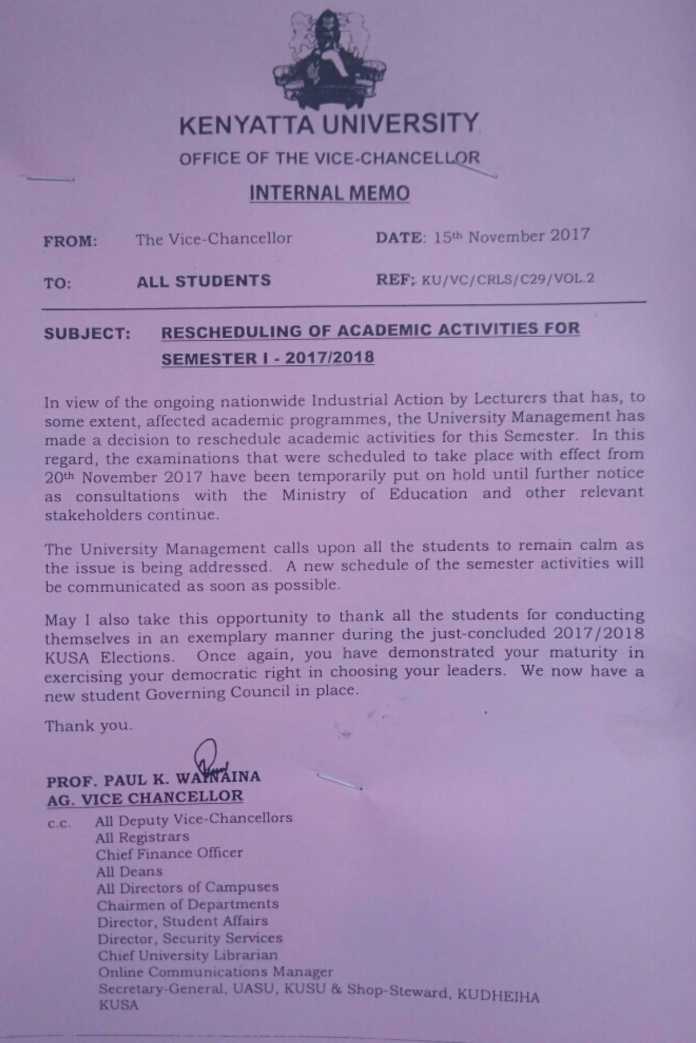 This comes a day after the outgoing KUSA president Sam Were shared his sentiments on the same. Citing ‘severely compromised quality’ education standards, he raised many students’ concerns about the end of semester exams that were scheduled for 20th November 2017.

In view of the ongoing nationwide Industrial Action by Lecturers that has, to some extent, affected academic programmes, the University Management has made a decision to reschedule academic activities for this Semester. In this regard, the examinations that were scheduled to take place with effect from 20th November 2017 have been temporarily put on hold until further notice as consultations with the Ministry of Education and other relevant stakeholders continue. 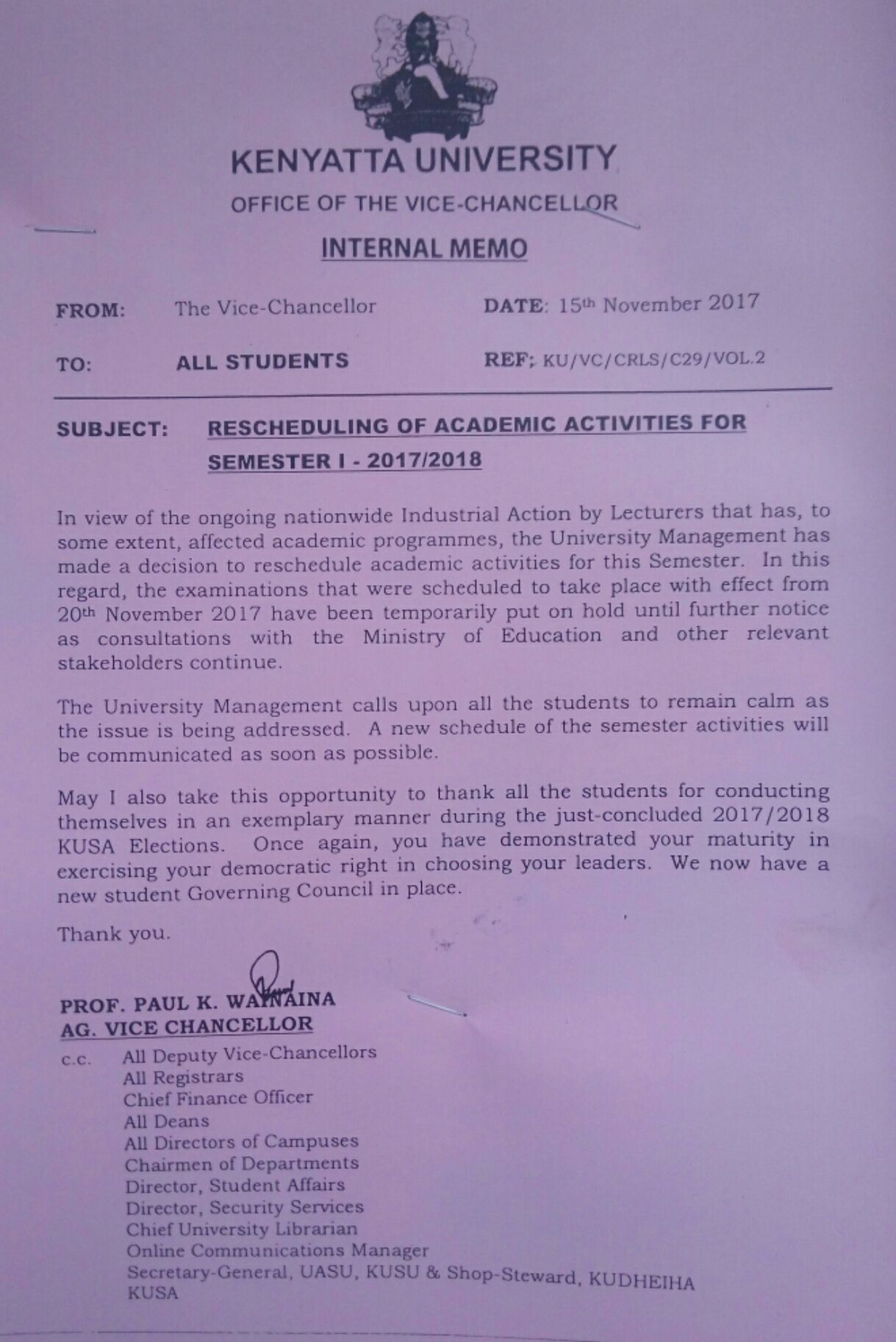