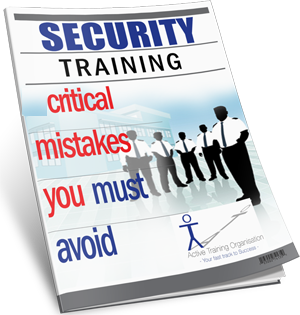 - Advertisement -
As is in every campus’ student’s mind, security in the campus
has become a key issue. The Garissa attack caught everybody by surprise, both
the government and campus student’s despite that it was suspected such would
happen.
On that note, Kenyatta University Security Team has arranged
for a  security training process that
will involve students and a local security company (On the Mark Security) training comrades on what
terrorism is and how they should react if such happens.

Imagine a situation where you are in the hostel, Nyayo for
example, 3rd floor. Most comrades upon the sound of an explosive
would perhaps jump out through the window. The training is to help you follow
these simple rules:
OODA:

O – Observe your surroundings. Any exits, the direction from
which the blast came from.
O – Orient yourself on how best to about the given situation
you find yourself in.
D – Decide on the best way to escape / hide from the threat
depending on the above (Orientation and Observations)
A – Act.
In this case, you could for example gather your friends / neighbors
to gather around with their mattresses and sheets – then using the sheets, tie
up a ‘rope’ to use to climb down and throw down the mattresses to cushion up
the landing. This way…there’s a higher % chance that ALL the comrades in the
particular situation will make it down safely!
Today’s training was for the School of Medicine at SZ 39. It was
officially started by the registrar administration, Dr. Daniel M. Muindi andthe director of accommodations.
The participants were then taken through the different
definition and characteristics of a terrorist. “Be prepared not scared” was
Monica’s – The Active shooter trainer – slogan. She talked about the sort of
things you should know beforehand about terrorists. “ They do NOT negotiate,
instead there intent is killing their targets. Something that had the Garissa
University students had known…would have helped at least some if not all survive
the attack.
As a comrade, one should either run, hide (not conceal
oneself – by hiding behind a curtain or wooden door but by hiding behind say a concrete
wall, something impenetrable to bullets) or alternatively, fight. Yes, fight. You’d better die trying to save yourself or the
lives of your fellow comrades instead of just dying – because they will kill you anyway. Question is, will you die without a fight?!
The above being a good example whereby everybody just ran.
Lastly, comrades should at this time, be on the yellow color
code alert. This means that incase some unseen event – like the Garissa or
Westagte attacks – one should be able to apply the OODA technique to their advantage which, consecutively will help save
a life or lives.

One thing you should remember in case of an explosive is this: They explode at 45 degrees thus ling down ensures your safety.

The last part of the training involves a drill.
You should have a survival mindset/mentality. Unleash your
inner animal and we, as K.U Comrades will have combated the issue as its
evident we are in as much danger of such insecurity as any other university in
the country.
Last week was the K.U security officers’ training. Next time
you come across them confirm they remember such. Example: the metal detectors
Should not beep, at all! If you have passed through any of the K.U gate then
you know they are not keen about this. Be vigilant! Tell them to stop taking
your life and that of the other student’s lives for granted!
Have you attended the meeting yet?! Make sure you do…the schedule is as follows:

To you the reader, you’re sited in a Matatu and then some hooligans decide to hijack the Mat. What would you do?!