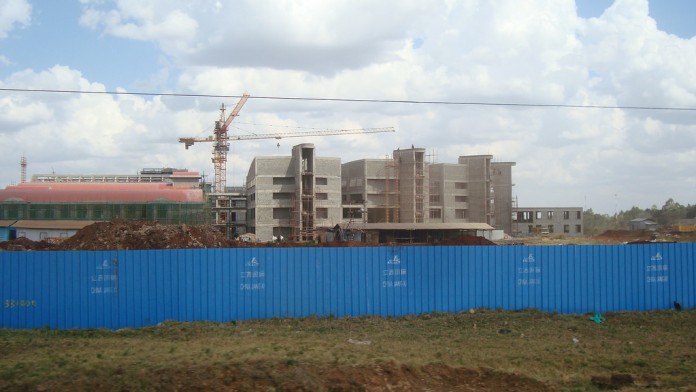 As far as we can tell, the Kenyatta University Children’s Hospital stalled a while back when the scheduled opening of one of the wings did not take place.

Chairman Muhammad Swazuri yesterday said the Kamae community can only free 17 acres out of the 25 acres the university wanted. “We wrote to the Kamiti Maximum Prison requesting 25 acres but they are yet to respond. We must have a solution,” Swazuri said at his office. He said Kamae community took ownership of the land when the Northern Bypass subdivided it.

“Kenyatta University was compelled by the university senate to give 30 acres but the community said it was small,” he said. University’s attempt to build a children’s hospital has stalled. Swazuri said Sh2 billion had been earmarked for the facility in the last financial year.

“There has been a standoff between the university and squatters as the university cannot access their land yet Sh2 billion has been given for construction of the hospital,” Swazuri said.

The university already has construction materials on site.

Swazuri said several meetings have been held to resolve the problem but a better solution must be found for the university to proceed with the construction.

Ownership wrangles between the university and Kamae residents started after residents said they were allocated the land during President Jomo Kenyatta’s administration.

Several Jubilee politicians from Nairobi have led hundreds of protesters from Kamae village in a protest against eviction.

In January last year, the university protested against encroachment on the land. Former VC Olive Mugenda said the university settled 672 families on 30.8 acres in 1984 as squatters from Kamae village, but now they have grabbed 130 acres.