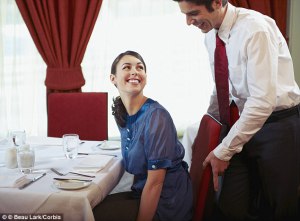 By KEVINSKY NYAGA
If you are within Nairobi and its environs ,by its environs  I mean anywhere where hot coffee is in higher demand that ice cream, you are probably being given a knockout punch by the  extended Mayweather .
Any  couple that was contemplating  divorce has extended the plan until the weather provides a conducive divorce environment .Happy are the married who are not done with the family planning assignment ,  nature has offered them  a BMW “Baby Making Weather “.
Unfortunately  Kenyan men  are Psychologically Endangered Species in Africa (PESA).Any Kenyan man who escapes a terror attack will not escape the  women attack,we are not safe.Usalama unaanza na wewe so read keenly.
If Kenyan  ladies were asked to write a Dictionary  of men ,they would probably call it  “Lamentation” with Maina and King’ang’i   proofreading it.At this rate Kenyan ladies will launch Okoa Kizungu Campaign
Weekly meetings will probably be held in Villa Rosa Kempinski   funded byRomantic Men of Nigeria (RMN).This is an NGO which is currently offering fulltime romance scholarship to women with the assurance of graduating with a marriage certificate .
The wedding ceremony will then be featured in one of the Afro Cinema Part A Naija Movies .The statement “To be Continued… “Will feature at the end .Don’t be so sure about the continuation, it wasn’t meant for you, this is the producer’s way of praying for another job.
A  Kenyan lady  will be left holding the pillow close to  her chest ,she  never forget the fantasy anthem”Awwww,that’s so sweet, that guy  is  such a nice gentleman,so sweet”
This is the moment where you’ll realize that  only time when  some Kenyan  ladies can perfectly multitask is when  chatting with her girlfriends ,while on a End of Month Date “EMD” with the guy  with a  (BBW)Bills, Beer and Women Pay slip.
The situation is quite  different when watching the romantic gentlemen in the movies, she can’t multitask ,that’s when after the “Awww…”  a  rhetorical question will follow with the Swahili tweng nini hiyo inaungua?OMG ! maziwa ishachemka
Well, I hope you’ll be saying the same awwww…when the guy features in a horror movie where he turns into a chicken,”Awww, that chicken is so sweet.”
If Oxford and Longhorn offered Kenyan ladies the opportunity to revise the dictionary, I’m sure the word gentleman would have a meaning closer to this;
Gent-le-man  / ˈjen(t)lmən/
Noun: gentleman; plural noun gentlemen
A delegation of Kilimani Mums would then launch a campaign   dubbed Import Gentlemen Campaign  with  one of the demand being zero rated importation of gentleman to Kenya .The second demand would  be  based on  Pharaoh’s tactic .(Exodus 1:22).
Where every Kenyan Boy that is born in Nairobi must mysteriously disappear, this tender would be given to Pumwani Maternity. This tactic would be considered holistic.
Any opposition to this demand would be followed by city demonstrations around the city with women converting the CBD into a modern Garden of Eden where the percentage clothing per person would be 2%.The apple in the garden would be represented by women taking selfies in a cloud of teargas to share on instagram.
Any attempts by the Anti-Riot Police to disperse the crowd using teargas   would be perfect proof to the world that Kenyan men are unromantic and lack the qualities of a gentleman .
Talking of teargas, research shows that the percentage   teargas content within the City is second after Oxygen,the only thing the government offers freely. The opinion questions in the 9 O’clock news would be, does a real gentleman attack a woman? 99% would say No, while 1% would say never making it the trending story in twitter.
Ladies, spare the Kenyan man, lets differentiate an ideal gentleman from a real  gentleman .An ideal gentleman is just a proof that your imagination is working right while a real gentleman is proof that you’re living in reality.
Ladies have defined a gentleman as a man who opens the car door for the lady, why then do you say that touts are rude yet they open the car door when you’re boarding the car? It’s time men purchased cars with no doors to avoid being judged.
Any man who is in a jacket while the lady within his field of view and imagination is freezing in this weather will be prosecuted in the courts of gossip and girl talk, for being less of a gentleman. A gentleman is the man who gives the lady his jacket when the definition of temperature changes from degrees to “Steaming cup of Coffee”.
Ladies ,let’s be fair in this judgement, that handbag is carrying an extra pair of shoes ,Mascara, Lip gloss,deodorant,hair spray, nail cutter, eye pencil, guarana, maybe you should have called Maina and King’ang’i to ask  about the weather  forecast rather than  complaining about how Kenyan men aren’t real gentlemen
.How do you expect them to be a gentleman yet they know your relationships   story is a “Merry Go Round “a relationship is not  Chama where every month there is someone taking the money home .
Let’s be real, in this chilly weather ,a real gentleman is the man who reminds the lady to carry her coat not the man who gives her his jacket while he freezes to proof that pneumonia is real. Pneumonia  haijui gentleman.
If you wan’t to see how a lady hates a man with a cold,just sit alongside one in a matatu, her status update  in whatsapp will change to “Ebola is real ”
A real gentleman offers the chair to the lady, well that’s true, but don’t board a full matatu expecting to find a real gentleman who will offer you his seat. A gentleman respects the law, the traffic police  will only listen to three  words “Mkubwa Wacha Tuongee “  .Otherwise ,you’ll be a guest of the state courtesy of being a gentleman to a lady who didn’t even say thank you. 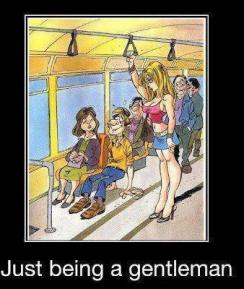 Dear men, Sura Yako and Gentleman are all songs   sung  by Sauti Soul, but the president only danced to Sura Yako, ata serikali haitambui gentleman.
Most Nairobi ladies love to sing along the kukaliwa chapati part of the song ,that’s not practical since most of them don;t even know how to cook chapati.Men are safe
According to the book of lamentations  written by Kenyan Women ,a gentleman should  at least hold a ladies hand .Kenyan men especially those in Nairobi have been forced by circumstances to keep their hands as free as possible to defend their ladies .Wacha kucatch mafeelings ,let’s be real safety comes before being romantic and  proving to be a gentleman.
Dear ladies, just define a gentleman as a man who can swing his hand faster than the Flash to defend you from losing your smartphone which is ever on chat mode even, he is your antitheft application until the city is safe for him to hold your hand.
If he doesn’t go down on his knee when proposing, that doesn’t make him less of a gentleman or unromantic. He has a knee problem which started developing after he was asked to kneel down in high school. 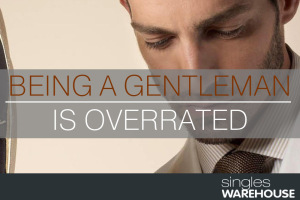