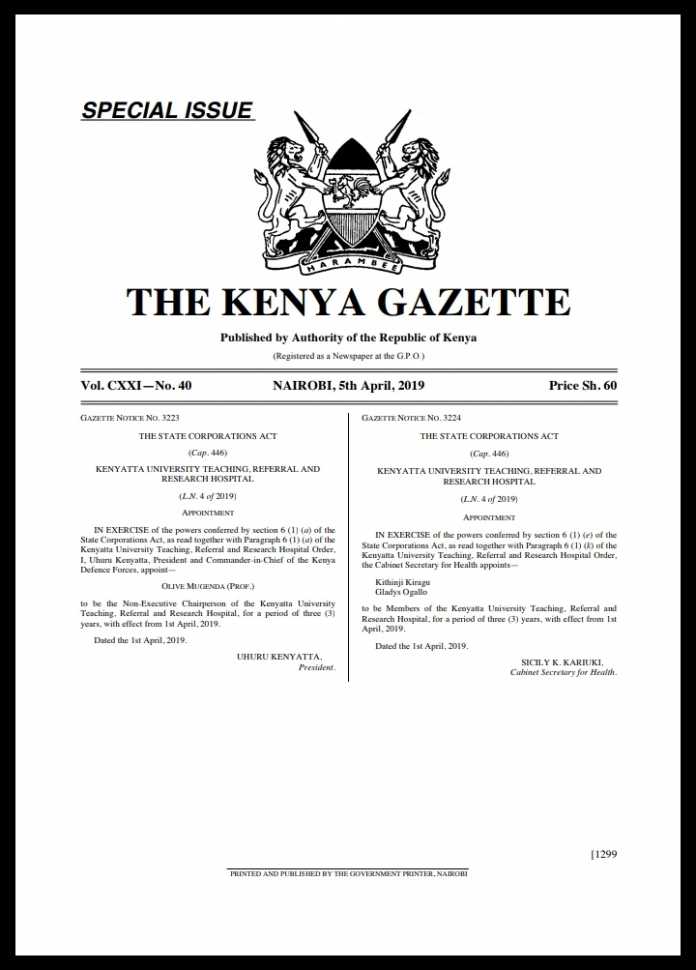 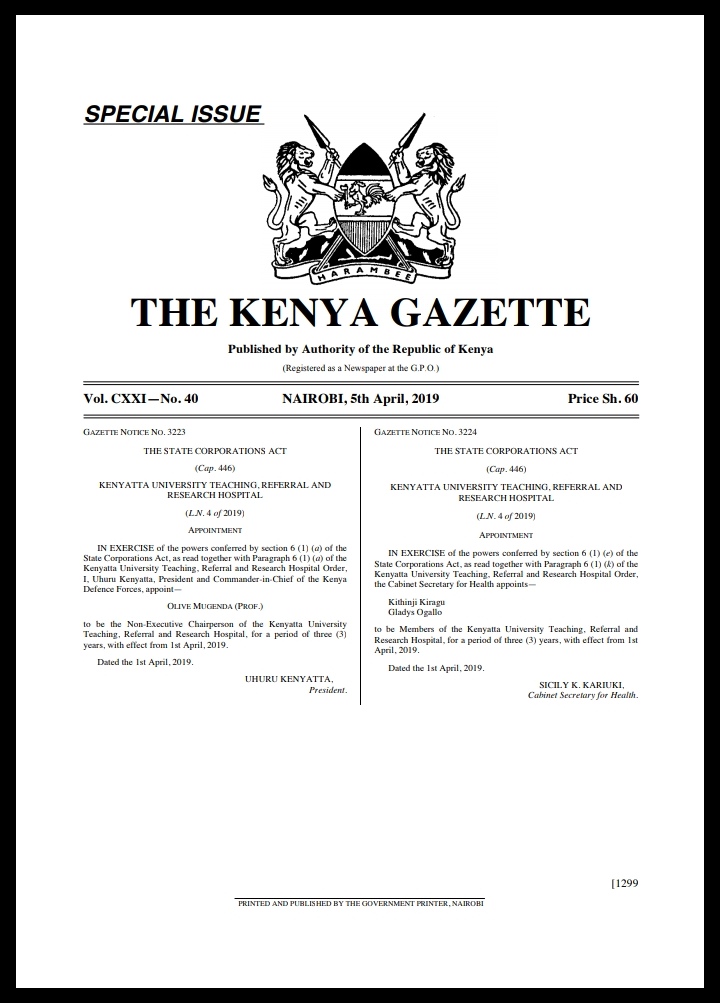 Health CS Sicily Kariuki has also been appointed to the board. Others nominated include Kithinji Kiragu and Gladys Ogallo.

The hospital was completed and stocked years back but had not been officially launched due to unpaid loan to the Chinese contractors. Ealier this year the government took charge of the hospital and cleared all the arrears.

The school of Medicine and Pharmacy were meant to be transfered to the hospital to foster better leaning for the students. More to follow….