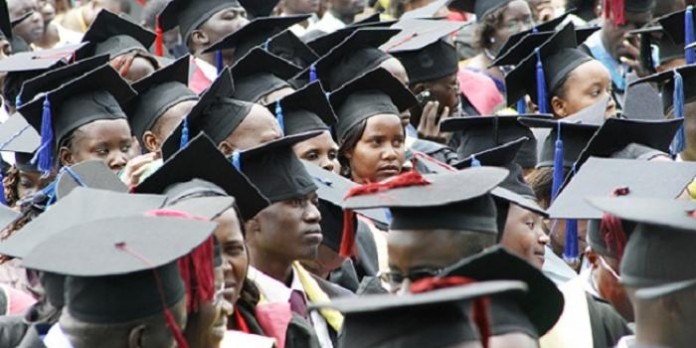 Education Cabinet Secretary Fred Matiang’i has issued a stern warning to Universities that have been mentioned in corruption cases.

Speaking at the first graduation of the Cooperative University of Kenya on Friday, Dr Matiang’i warned that such higher learning institutions risk having their charters revoked.

He also announced that universities found to have admitted or graduated unqualified students will not run away from the crackdown.

The minister further noted that institutions that issue certificates to politicians without qualifying, in order to be cleared for the General Election, will also have their Charters revoked.

Matiang’i has been vigilant to ensure that the education sector in the country is streamlined.

In the ongoing KCSE exams and the recently concluded KCPE examination, the CS instituted strict measures to avert any malpractices and cheating.

He also promised that exam marking would be done fairly with no compromise whatsoever.