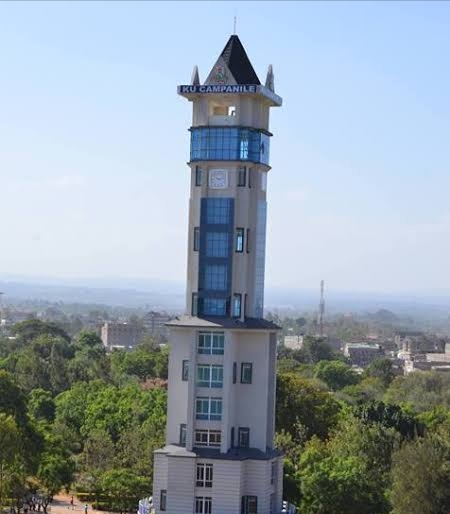 Kenyatta University students are expected to vacate the university premises by Thursday April 1 2021. This comes after a directive from the president to suspend physical learning in schools including Universities, colleges and vocational training institutions.

Following this injunction, only students pursuing courses in the field of medicine and those studying in medical training colleges are allowed to continue with their studies. The above orders were issued by president Uhuru Kenyatta during the 15th address on Covid 19 pandemic in the country on Friday 26 March.

1. That 2nd and 3rd year students, who had earlier reported to school for face to face learning should clear and vacate the university premises by Thursday April 1.
2. That students in the schools of Pharmacy, Medicine and Nursing should remain on campus for face to face learning and teaching, practicals and examinations.
3. That all the examinations that were scheduled for march 29 to April 9 2021 should continue as earlier planned.
4. That all examinations that were scheduled for other groups of students stand postponed until further notice.
5. All international students who would wish to remain on campus are expected to register with the director, international programmes and collaborations and the director, Accommodation services.

Further to this:
6. All other groups of students are expected to clear and vacate their campuses by Thursday April 1 2021 by 4 PM.

7. That the University shall provide travel passes to students who wish to move from the restricted counties.

8. To allow students to settle down, all online teaching and learning shall resume and or commence on Tuesday 6 March.

9. For the time being, the university shall continue observing how events unfold, review and advice accordingly.

These decisions were reached at after the university senate meeting held on Monday 29 March.

Earlier on, there was a growing tension and anxiety among the students since the university had not issued an official communication on the way forward after the restrictions were relayed on Friday. While other universities had advised their students to vacate university premises, Kenyatta university had advised its students to keep calm and remain on campus to allow the senate to consult and settle on the most appropriate decision.

On Monday 29 March, Mount Kenya University was on a fix following assertions that it had defied the President’s order to shut down schools. It was alleged that the university’s administration had, through a memo, advised students to ignore the president’s directives and remain on campus until they complete their end of semester examinations as earlier scheduled. However, the anonymous information got into the hands of government officials, who blew the whistle.

The university management was later summoned and ordered to close down the institution immediately. This information was published in one of the local newspapers on Monday. Kenyatta university is alleged to have been contemplating on the same decision but things seem to have gone south.

With the current state of affairs and owing to the third wave of covid-19 pandemic which has striked the country hard, it is now clear that universities and colleges have to adopt other methods of teaching and learning.

Blended mode of learning is no longer an option for institutions of higher learning, it is now mandatory. Some universities have already incorporated full blended learning in their academic programmes. For instance, at the University of Nairobi, both online teaching, learning and administration of examinations has successfully been effected.

The University, which is the oldest of its kind in Kenya has fully shifted to online learning especially with the advent of the novel Corona virus in 2020. Most of the services have also been transitioned to online.

Although KU has adopted online learning, it has proved difficult to conduct exams online as there is no proper framework developed for this purpose. However, the university management is doing consultations to realize the best modus operandi to conduct online examinations.