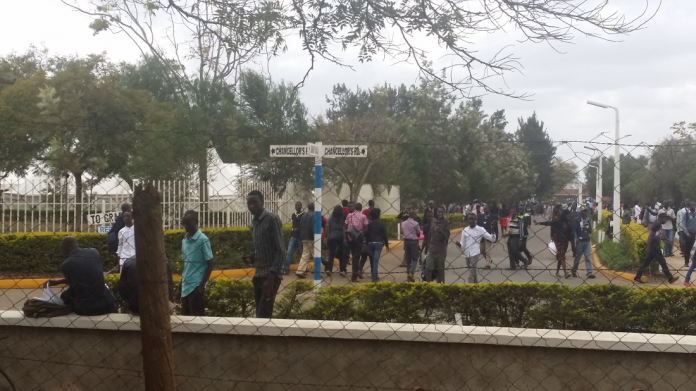 You dropped off your boxes, met your roommate, found the gym. Now what?

Starting freshman year of college is an incredibly stressful time for most people. From the outside, college looks so carefree, he said, “sitting under a tree reading a book, throwing Frisbees, all that stuff.”

But a lot more is being asked of the 18-year-olds who show up on campus than ever before. Most of you have never lived anywhere but your parents’ house or that convenient and safely maintained primary or secondary school dormitory, never managed your own money, never had a roommate (let alone one who’s a stranger), never had such challenging classes, never had so much freedom to choose. Everything from what to eat, how much to drink, how to study, whom to meet, where to go when you just need some time alone, is wide open.

An adult taking a new job might be stressed about moving to a new city and starting at a new company, but at least they have some sense of what those experiences of starting over are like, some cognitive map. College freshmen have no template for this complete overhaul of their world.

A place to start: Most schools offer some advice to freshmen. Kenyatta University has the matriculation day later this week, where students will meet the VC (short for vice chancellor – yes, you will come across it a couple of times). There’s a joke about that – you should (hopefully) meet the VC  two times in your stay here. The matriculation day and the day you’re awarded your degree. Not unless you are a K.U.S.A (K.U Student;s Association) politician, a comedian/innovator (choocee your extreme carefully) or a dead beat – then do not bet on the 3rd meeting.  And we do too, give advice. Some include great insider tips like unexpected places to meet people, guides to all the slang and nicknames on campus or the absolute necessity of buying an old-timey heater at K.M for those damn cold morning showers, and real advice about sharing space with a difficult roommate. (Have a look around the site – might find something worth remembering as a K.U student).

P.S: I have no idea what K.M stands for.

Build communities — not just virtual ones.

It’s critical for freshmen to make good use of the first few weeks of school, when the intensity of classes is less than it’s about be, “to establish some healthy habits, academically in particular. Students should be really breaking down syllabi; chunking out projects into smaller tasks; backing up due dates five, six weeks; thinking about what needs to be happening along the way for me to not be strung out at that deadline; building things into a calendar or timeline to keep on track.”

It will help to figure out your schedule — when you’re studying for class, and when you’re definitely not studying. Treat campus almost like a job that you clock into and out of, carving out time to focus on learning and time to relax.

Students are often surprised at how much time they have when they structure it better.

College life can be so unstructured, that some students feel like the work never steps. “You can kind of dribble along, stringing out about six hours of work over 22 hours a day. Know when you’re on and when you’re off, and make that count, too.”

Some scenes you might have across so far in Kenyatta University (main campus):