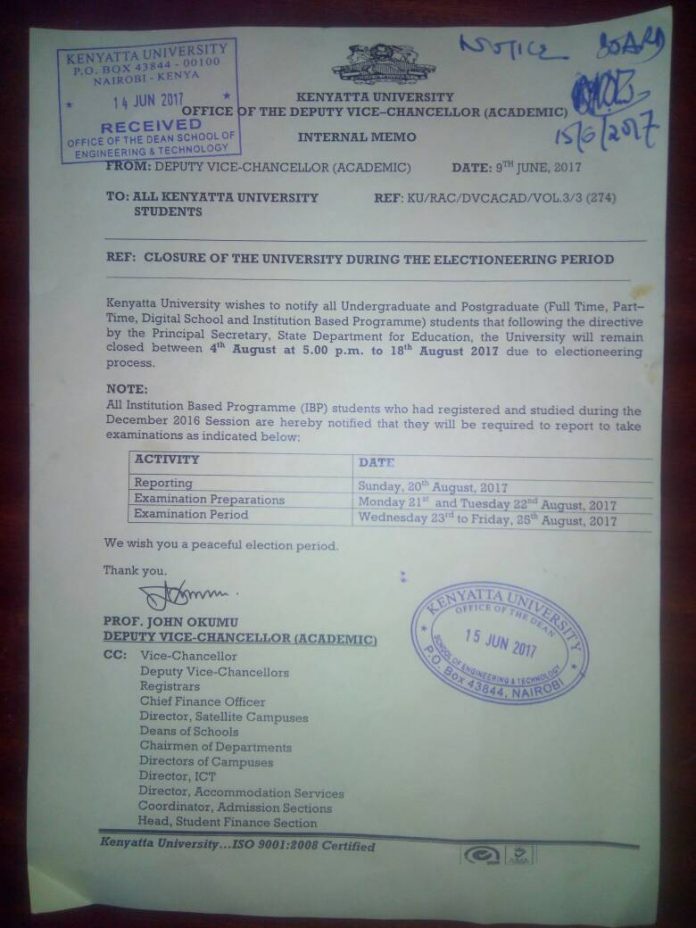 Electioneering : (of a politician or political campaigner) take part actively and energetically in the activities of an election campaign.

Kenyatta University will be closed during the August 2017 electioneering period as announced in an official memo by the university administration.

Thus, the end of semester exams for the 3rd trimester will be postponed to the end of the same month, August.