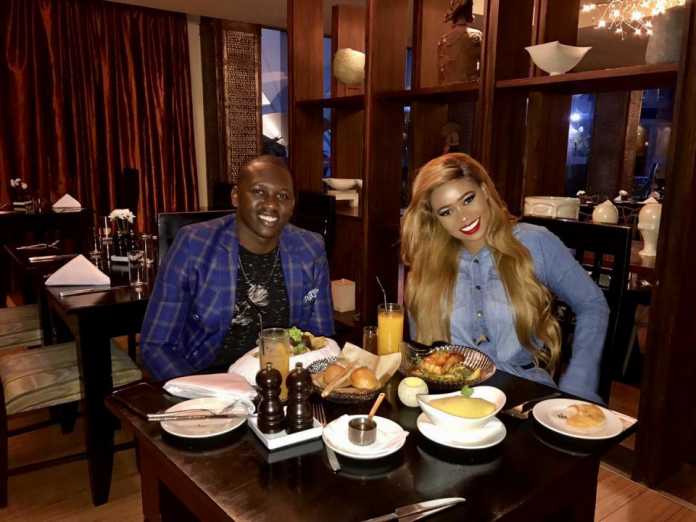 A video of formaer KUSA official Brian Kibet surfaced on Socialite Vera Sidika’s Instagram account not too long ago. On the video (see video below) – as Vera was making her way out of a club on Thursday, May 3, Kibet could not help but lose his cool at the sight of the lady who has been causing waves online because of her derriere.

I didn't wanna post this. But I have been watching this video over and over again. I can't ignore it. I keep replaying it….And my heart tells me I need to reach out. I have lovers and haters but what makes me so emotional is the fact that this young man saw me drive out of a club and came kneeling down right infront of my car begging just say hi. All he wanted was a handshake. Which he got. This might mean nothing to most people but it means so damn much to me. I feel the need to do something about it. And I would wish to take this loyal fan out for Lunch. That's the only way I would feel content, happy and relaxed. If you know this young man kindly tag him & let him know I wanna take him out for lunch & give him an opportunity to chat with me & ask me whatever he would love to know about me & Take as much photos he wishes to. (Restaurant of his choice) And he can bring his girlfriend too so she feels comfortable. I just wanna make his day that's all. Bless up 🙏

In fact, the man was so awed he couldn’t help but go down on his knees begging to get a handshake from the socialite. Two days later, she was looking for him to appreciate him for his fanatic gesture.

True to her word, she took him to the prestigious 5 star hotel – The Tribe for dinner!

Finally took @brian_kenzy for Lunch ( As I had earlier promised ) Such a humble guy. Thanks to everyone who tagged him ….Blessed Sunday 🙏

On his Facebook account, Brian Kibet’s friends have been trolling and congratulating him for his bravery that paid off; 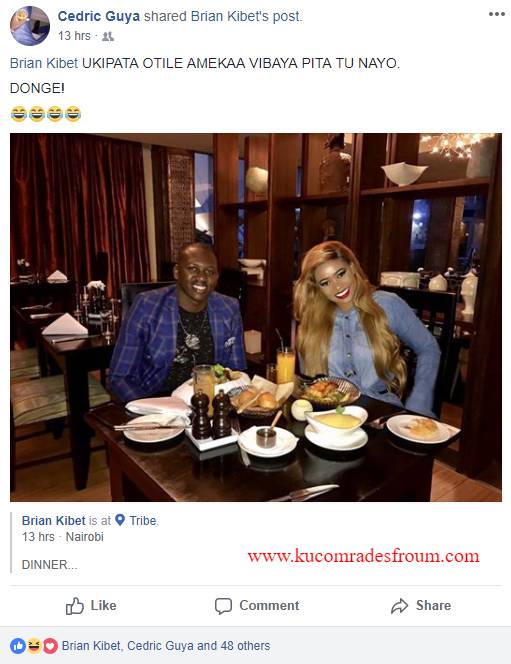 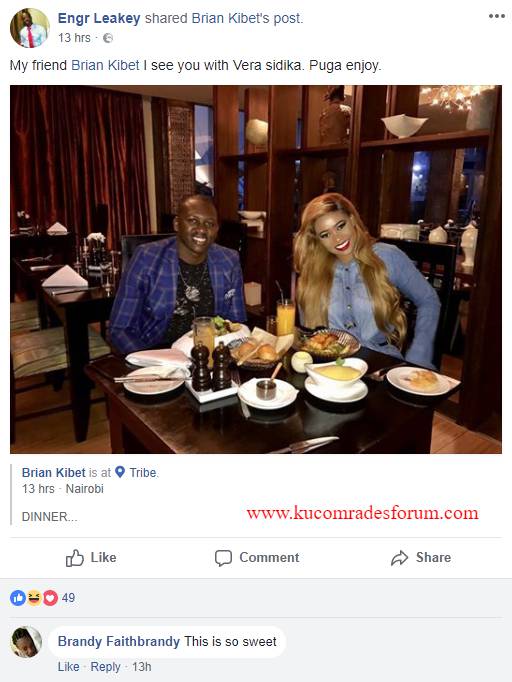 Popular Ugandan Artist Back to the industry By Storm!