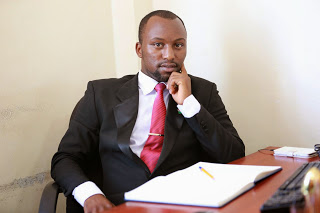 The general mindset behind those in power is mostly negative in majority of those they serve with many a times being characterized with unmet expectations and unhonoured promises. This has been our Kenyan political scenario but closer to you the comrade is the KUSA executive who majority of us still have many grievances. Edging closer to the thinking of a leader, I sat down with Stephen Mwadime the current secretary general of KUSA 2014-2015.

The first thing I noticed was his politeness and willingness to serve everyone who came into his office seeking services and a cup of tea (only the good ones serve tea themselves).The post of secretary general in any association is to be the ‘public relations guy’ but the redefinition of the posts expectation is clearly with Steve who is far more a leader who uses his position in the executive to act and not just advertise the association or better put ‘defend it’.

Leadership and in particular politics is a calling or maybe something nurtured in one but the difference lies in how you act upon the calling. Mwadime has been a student leader right from first year where the vision began at matriculation, getting involved in clubs and the congress position in school of engineering right before he went for Sec Gen in his last school year. 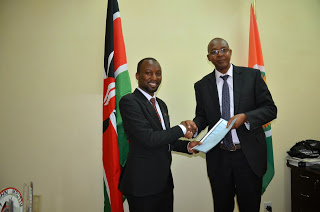 I was curious as to why he decided to go from congress a simpler post to one of the most demanding positions in the association and the response was simply amazing.

The only way I was running for that position was if people were content with my service as a student leader in the outgoing administration and if my grades were stable enough to allow me to be fully committed to serving the students.

In his exact words as phrased above, venturing into the political arena for a second time was more of reaping from what he sow in previous leadership tenures. To me that’s was simply the best campaign strategy and having achieved seven out of eight agendas in his manifesto in school of engineering the effort was clearly notable.

He vowed to work and so far he has delivered. As some of you in session have probably noticed the internet routers being installed around campus, the dream of a campus with more hotspots is almost actualizing. With partnership from google, KU administration and KUSA installation of about 282 hotspots that have the capacity of serving around 28,200 students at a go with only the personalized KU student email and password required to access the connection. Automation of the fee system will begin the next academic year with the agony of long lines in the scorching KU sun becoming a thing of the past.

On the part of student welfare, the current administration provided and maintain the two shuttle buses that many of you are currently enjoying with the possibility of more if the demand increases. Also the acquisition of a new KUSA bus to enable students while travelling since the current bus is of limited capacity and not able to meet the ever growing need.

Mentor ship and employability was his fifth manifesto point and so far the SWEP program has increased attachment of 100 students initially to about 300 students currently with more being planned. The career week brought in various multinationals and local companies with a number of students getting the opportunity to secure internship/attachment positions in this positions. The next time the event comes along make a point of visiting the stands. The soon to be opened will employ students from KU as a priority as per the contract states. Not bad to fuel the VC’s car and get paid courtesy of National Oil.

The number of HELB complaints have gone down as Stephen takes it upon himself to ensure the students get their money in good time. Currently ongoing consultative talks between other student leaders, the government and HELB to find a way to increase the current allocation from 35000 to 55000 per academic year and also the tuition allocation to cater for high cost of living. 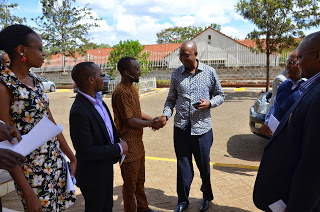 On security, as many of you are probably wondering, the increased perimeter walls around school and the constant need to show your student ID are all for protection of students. The security training was a major success among the staff, administration and security personnel but unfortunately very low turnout among students in school of medicine and engineering. From the response among the few who attended the skills they got to acquire were life changing and a trained KU student in the face of danger will survive the attack either in school and also out there, and probably be the life saver to your family, friends and fellow Kenyans .Lets all participate the next time the team comes to train us.

Security threats are real with hostile Somalia Al-Shabaab, local militants groups and random criminals. We have barely finished drying our tears after Garissa University and there are still more attacks. If in situation of facing death in the hand of these merciless people, preparedness is the only survival kit each of us has. Let’s accept to gain the skills to defend ourselves and others.

The face behind the work is often unnoticed but with this post, I decided to shed some light behind our own leaders and probably change the view of some or encourage even our next leaders come September to bring more modifications and serve selflessly as Mwadime exhibited

I approached Faith a third year student in the school of medicine after the training and her response;

The whole terrorism scenario had me scared and tense every time am around any institution or a mall but after this training am confident that being in that hostile situation, getting out alive will be my main goal and the strategy to do so was explained clearly by the trainers. I wish all students could acquire these skills too. 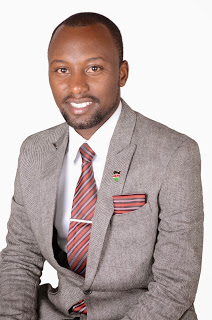 In the words of Mwadime: I need to let them know that the choice they made was simply the best, is best, and shall forever be best. I challenge them to always stand for integrity, straightforwardness and trueness to self. It is only when we rise above the yardstick of self-interest that we can achieve the dreams that we have always wished for our university, and by large, our country. If comrades go for an intellectual or philosophical sleep, then our country will be gone. Let’s stand up and be counted!