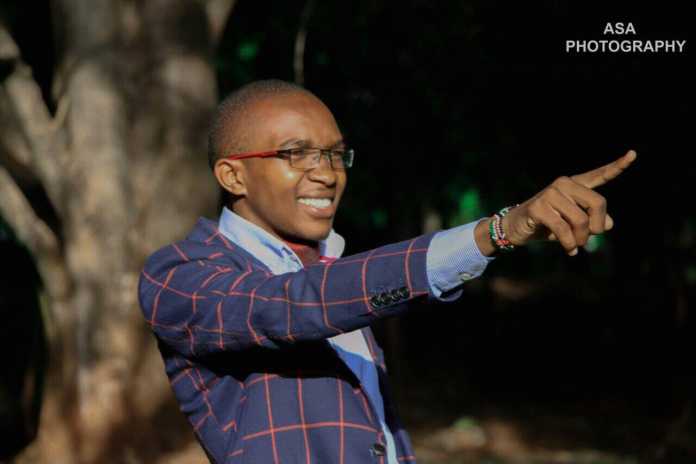 A list of 8 Kenyatta University students expelled over demonstrations has been released by the university administration.

As stated in the notice, the 8 were found guilty of “gross misconduct relating to inciting students, organizing and participating in the disturbances which led to destruction of University property”.

The disturbance was as a result of students, led by Kebaso Morara, expressing their dissatisfaction with the KUSA elections that took place last year.

Morara had been disqualified from participating in the elections and had moved to court seeking to quash his suspension from the college for participating in KUSA elections. He had been suspended after posting an ‘inappropriate’ message on social media.

This later escalated leading to unrest that saw the destruction of one of the university administration buildings that was set on fire.

Below is the list of the 8 Kenyatta University students expelled; 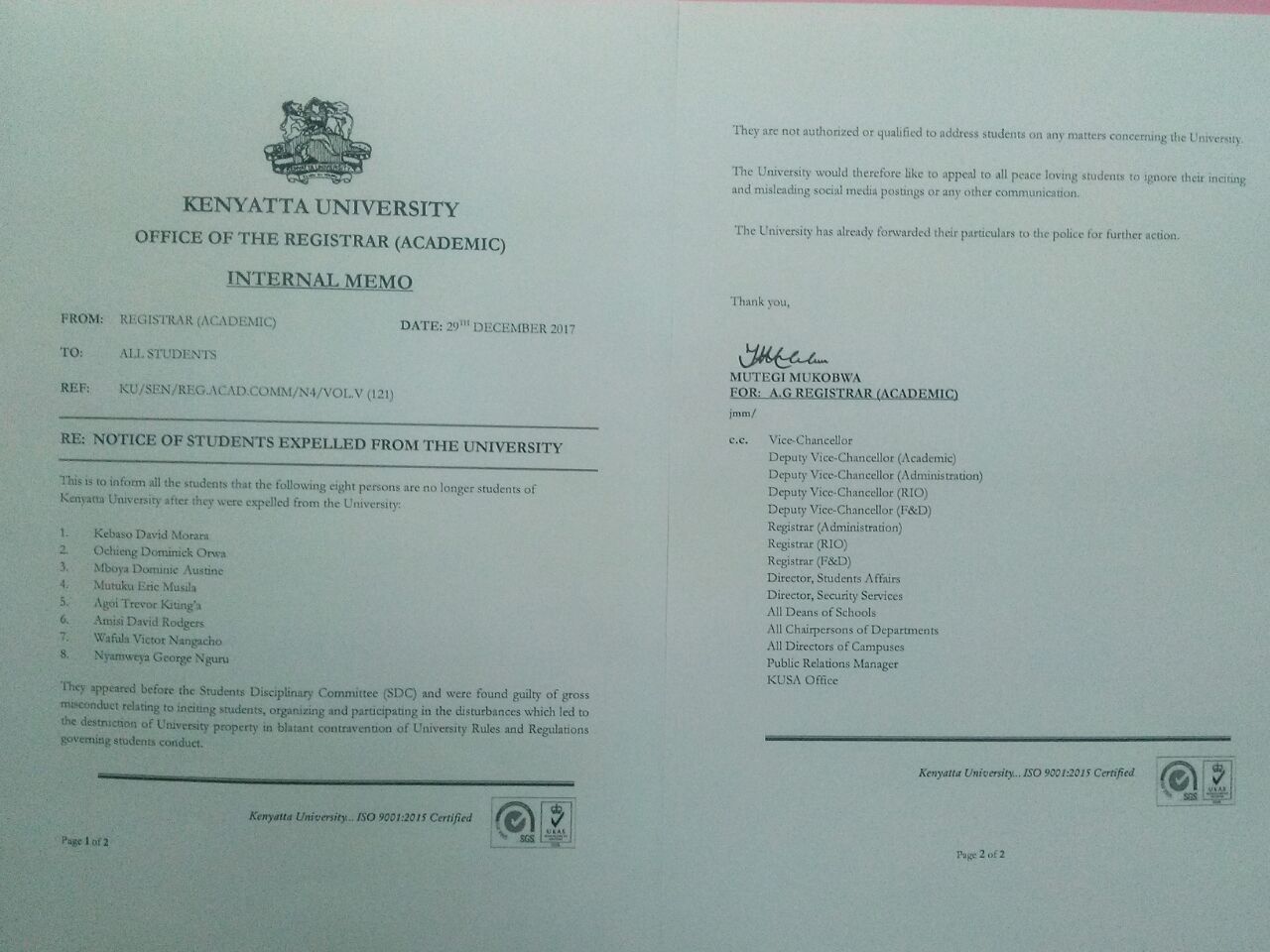