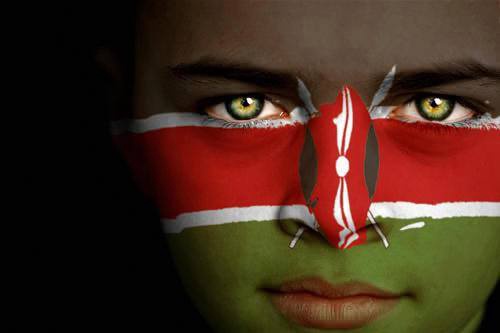 There is this nice girl called ‘the youth are the leaders of tomorrow’. We describe her with the best of terms.
At times, we even run out of adjectives. Each time we talk of her, the feeling of ‘the future is secured’ renders the air.
The promise of Utopia looms.
You should listen to the youth speak of their transformative goals. What crosses your mind is a mature democracy, a nation where its people aren’t constrained by the small town mentalities full of –isms; tribalism, nepotism, favoritism, cronyism, sexism among many.
That begs the question, is it just the usual game-spitting of the youth or do we really mean business?
Tribal cocoons
Is it real or are we engaged in the war of talking the talk versus walking the talk?
For instance, we demonize tribalism, yet we’ve mastered the art of retreating to tribal cocoons. In times of national crises, it is so humbling how the #WeAreOne hashtags trend on the social media universe, all courtesy of the youth.
All statements during those times are filled with unity talk.
Let us not forget the young generation leaders who give powerful and rousing speeches calling for a nation to stick together.
After a week, Boom! Goes the dynamite. You hear top politicians involved in scandals worth billions of taxpayers, hard-earned cash.
Filthiest of epithets
It is crushing how the youth take positions on the opposing sides of the spectrum and start throwing maladroit, inelegant and primitive weapons at each other.
Those are the times when social media needs thorough sanctification. We are ant-busy defending swindlers, just because we share a dialect.
And, we are hurling the filthiest of epithets at the ‘rival tribe’ because they are unfairly trying to crucify our son. We’ve forgotten that to them, we’re just mere statistics.
It is a case of older men declaring war then instructing the younger men to fight and of course……die. So much for the change talk.
Killing the vibe
In our moments of sanity, we may accuse politicians of being outright larcenists and rightly so.
Do we really condemn that vice or do we accuse them of being less smart thieves?
We talk of how we want to be developmental politicians and leaders in future, yet in the same statement, we kill the vibe by saying that we will be stealing part of the allocated development money.
Private developers
It’s been quite some time since I met a young individual who doesn’t want to join politics. We all want to join this game. Oh! It is so nice. Don’t we just love it. We all talk of how we want to be MCAs come 2017.
We have done our research well and have known they earn a third of a million and they control a development kitty worth millions. It is these many zeroes which attract us to that position.
Yes, we want to have change in our wallets, we don’t care about general societal change. ‘Private developers’ of tomorrow? Probably. The duty of the youth is to challenge corruption, not to be accomplices in its execution.
We should stop believing that politics is the only vehicle for transformation. We just love it because it is a vehicle that pays well.
Read the rest of the story at: Denis Okova’s Blog