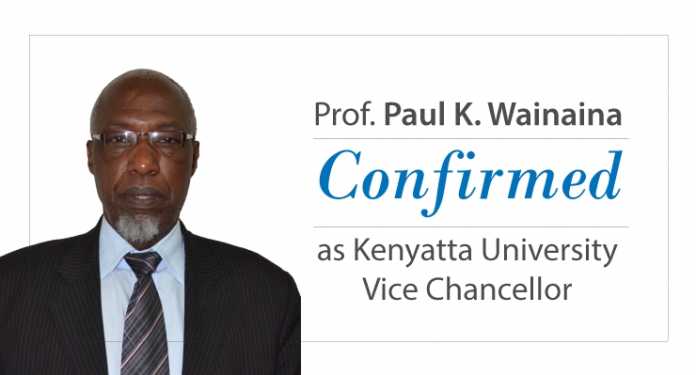 Kenyatta University Professor, Paul Wainaina, who was the acting VC since former K.U vice-chancellor Olive Mugenda retired in 2016, has been confirmed as the new KU boss.

Pro. Paul K. Wanaina has been appointed as the Vice Chancellor of Kenyatta University from 26th January, 2018 for a period of five(5) years.

The appointments were made by immediate former Education Cabinet Secretary Fred Matiang’i.