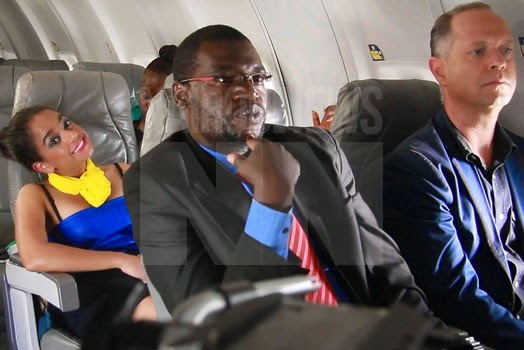 The film is based on an article written by Field Ruwe You Lazy Intellectual African Scum that went viral in 2012.
Intellectual Scum the film was shot in Kenya on a low budget by the university students who are hoping to bag yet another international award for the country.
“It was a humbling opportunity for the author of the article to grant us the rights to film and deliver the message as it was captured in the article,” the film director Kevin Njue told Nairobi News.
The students who are still new in the film industry have received yet another ZIFF selection this year in the short film’s category.
FILM STARS
This year’s ZIFF awards will be held in Zanzibar starting July 18 to July 26 where several other Kenyan productions will also be seeking to be awarded.
Intellectual Scum which made history as the first Kenyan short film to be shot on a plane has also been selected in the Cork African Film Festival scheduled to be held on May 15 to May 21.
The film stars Patrick Oketch , popularly known for his role in TV series Mother in Law as Chali, as Field Ruwe and Jason Corder who plays Walter, the white man who calls Africans ‘Lazy intellectual scum.’
Other stars in the film include Mali’s Mkamzee Mwatela (Usha) and Kevin Samuel who plays Richard in the same TV series that airs on NTV.
Intellectual Scum opens with a scene of a typical Kenyan market where the white man, Walter losses his bag to snatchers then proceeds to a plane scene where his dialogue with Ruwe refers to all African as lazy.
There is a news set up where studio guests Walter and Kevin Samuel are interviewed by show host Mkamzee Mwatela on the state of the African continent.
READ ALSO  Provisional Graduation List for the 16th December 2022 Graduands