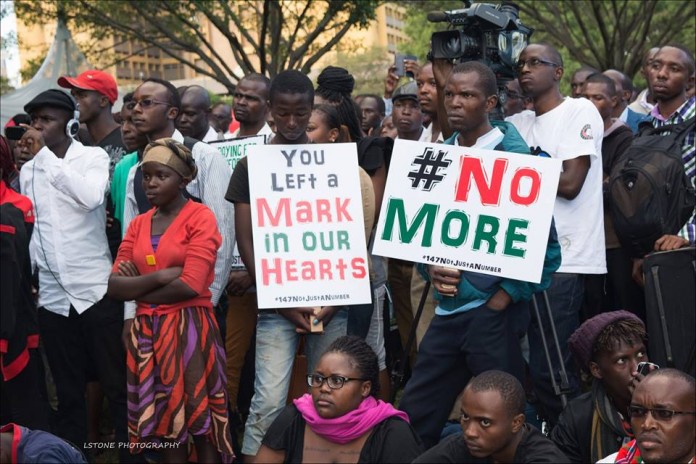 The Twitter Online Network met and the Trendsetters met. Representatives in both houses put their careers on the line by casting roll-call votes.

The result was to declare online war against Maseno University. These were the words that the House agreed on: “The comradeship is hereby authorized and directed to employ the entire Twitter and Facebook handles of the Kenyatta University Online and the resources of the Comrades to carry on war against the mere tweets of Maseno University and, to bring the conflict to a successful termination, all of the resources of the university are hereby pledged by the Congress of the Trendsetters.” 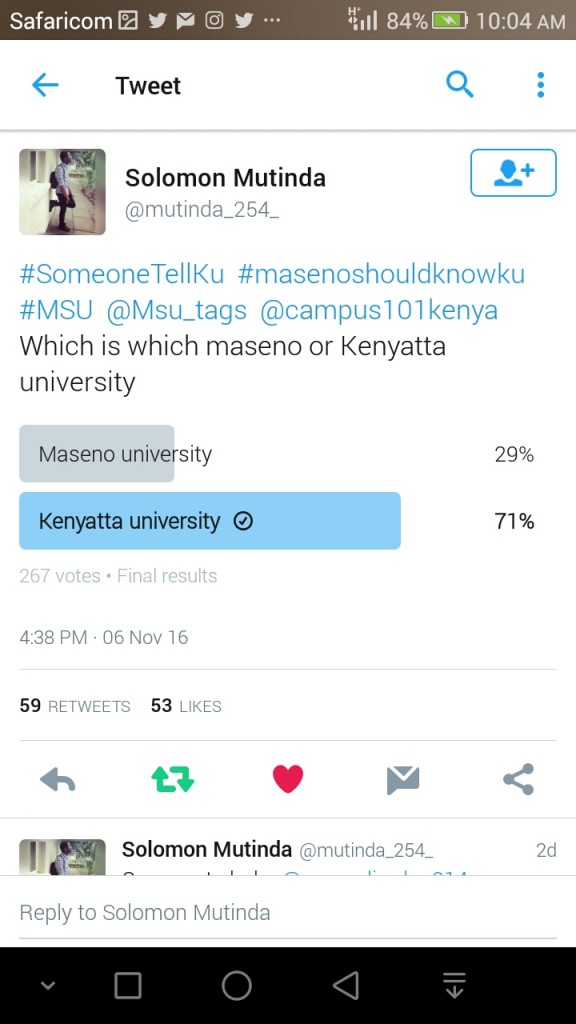 Lastly it ended up with a twitter poll. Students were to vote for each university to see which one would lead . This is the twitter poll, out of 267 votes Kenyatta University got 71 percent.

The reasons why Maseno University Students slightly won was probably : they caught Kenyatta University students unaware, before they could know what was cooking they had already accumulated a lot of tweets. And again this war was so small for Kenyatta University, they had to eave  them feel like they won.

Later, both houses of the Trendsetters determined that the scope of the war had to be expanded, additional declarations were passed by roll-call vote.

Nothing was left to the discretion of the comrades about whether the Trendsetters would continue with war. The Twitter Online Network were “authorized and directed” to carry on the war.

Check out the hilarious photos posted by both sides here: Hilarious #masenoshouldknowku and #SomeoneTellKU Tweets!