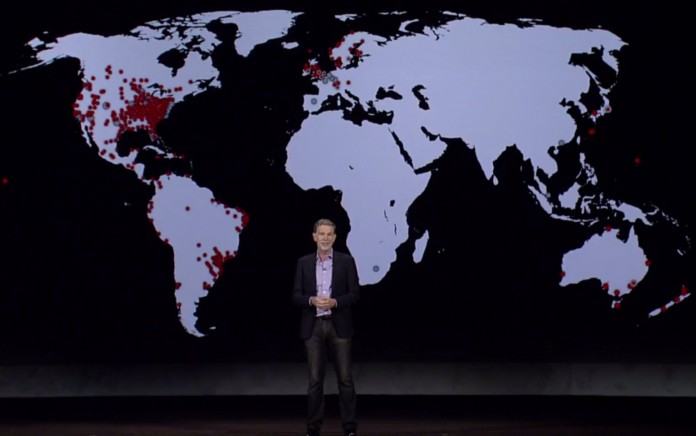 If you have been reading quartz, you might have come to the news that Netflix, the largest on demand shows service in the world, has decided to extend its on demand streaming to Africa. That means no need for VPNs while accessing the service anymore for users in the supported countries in Africa. Kenya is one of the countries in Africa that users can access Netflix. The optimism that Netflix has brought about is equal to the pessimism surrounding the service.

While many people are complaining about or trying the service out for the first time, a number of youths in Kenya have seen a business opportunity. Mathare estate, situated along the Thika superhighway in Nairobi is a low-income estate and most of the dwellers work in high labour jobs such as construction and industries. The crime rates are relatively high due to the high number of unemployed youth. The roads are not in the best state while garbage collection is in a lack of a better phrase is highly wanting. A typical single room house goes for about Kshs 3000 to Kshs 5000.

Last week I went to Mathare and met a young man called Charles Mwangi commonly known among his peers as CJ.

CJ owns a movie retail shop called Marklink where he sells movies for Kshs 50 per CD loaded with a movie. Hollywood movies are the most popular and it is highly unlikely to find a customer requesting for a Nollywood movie let alone a Kenyan movie. Business is good considering the popularity of Hollywood movies among the teenagers and the youths. However due to the increased accessibility to personal internet and market saturation, the business has taken a nosedive forcing some of the players out of the market. Those who have endured and carried on, such as CJ, have been forced to be innovative and diversify just to cut it.

The cost of internet is still high for a middle class Kenyan let alone the low income Kenyan. With the introduction of the fibre optic connection the internet speeds have improved significantly while the cost has gone down marginally. This got CJ and a few other youths thinking. What if they subscribed to the more expensive internet from the providers then distributed it to a number of clients via Wi-Fi for an affordable price. CJ started offering cheap Wi-Fi to the locals back in the early 2015. A monthly fee of Kshs 1500 for the unlimited internet access and Kshs 50 cents per minute for time bound access is what one needs to part with for the services. Back when he started, the business was slow and the whole idea was a new concept to the residents. With time, the idea has picked up as more and more people prefer internet at home for use with the data hungry smartphones and computers as opposed to buying data bundles from mobile network companies, which are very expensive and prohibitive at the same time.

The introduction of Netflix in Kenya has increased the potential in CJ’s idea. While more and more people are willing to try the service, using data bundles would be very expensive. The best option is using cheap Wi-Fi. Before Netflix’s entry into Kenya, CJ would have about four to seven new clients per month. This number has gone up to about 10-14 new monthly clients. He tells me he has been constantly updating his infrastructure to handle the high demand which too is proving close to impossible.

One of the main concern for the new customers is if the Wi-Fi can stream on YouTube and Netflix. CJ is forced to upgrade to a more expensive bundle that gives better speeds to meet the customer needs. He however notes that it is totally worth it and would upgrade to a higher bundle if required. As I leave the shop with a couple of movies(The big bang theory to be specific), he tells me that the problem as to why internet is not more into people’s homes is due to the rigidity of the internet companies. While they want more people to subscribe to their services, they lack the innovation to lure the common person on the ground.  Just last month he had to part ways with his internet provider as they claimed he violated their terms of usage by sharing the internet with others. His current provider knows he does share but charges his almost double the cost charged to a single user for the same bundle.