The KUSA Awards 2016 nominations ended on 27th February 2016 and the names (and images) are up for your voting on Facebook!

After extensive consultation and student’s demands for an easier method for voting in the KUSA 2016 awards , the award’s committee agreed to holding the award’s voting on Facebook. They as such have created the KUSA Awards 2016 Facebook Page (Link) where you can simply (like the page and) go through their timeline – with the awards categories on their own posts with pictures of the nominees. Simply like the nominee’s picture/photo to vote for him or her!

The voting is currently underway…

Now, on the matter of the topic, you can further invite all your friends on Facebook to like the KUSA Awards 2016 Facebook page to encourage maximum voting by simply using the following method:

2. Install it on your chrome browser: 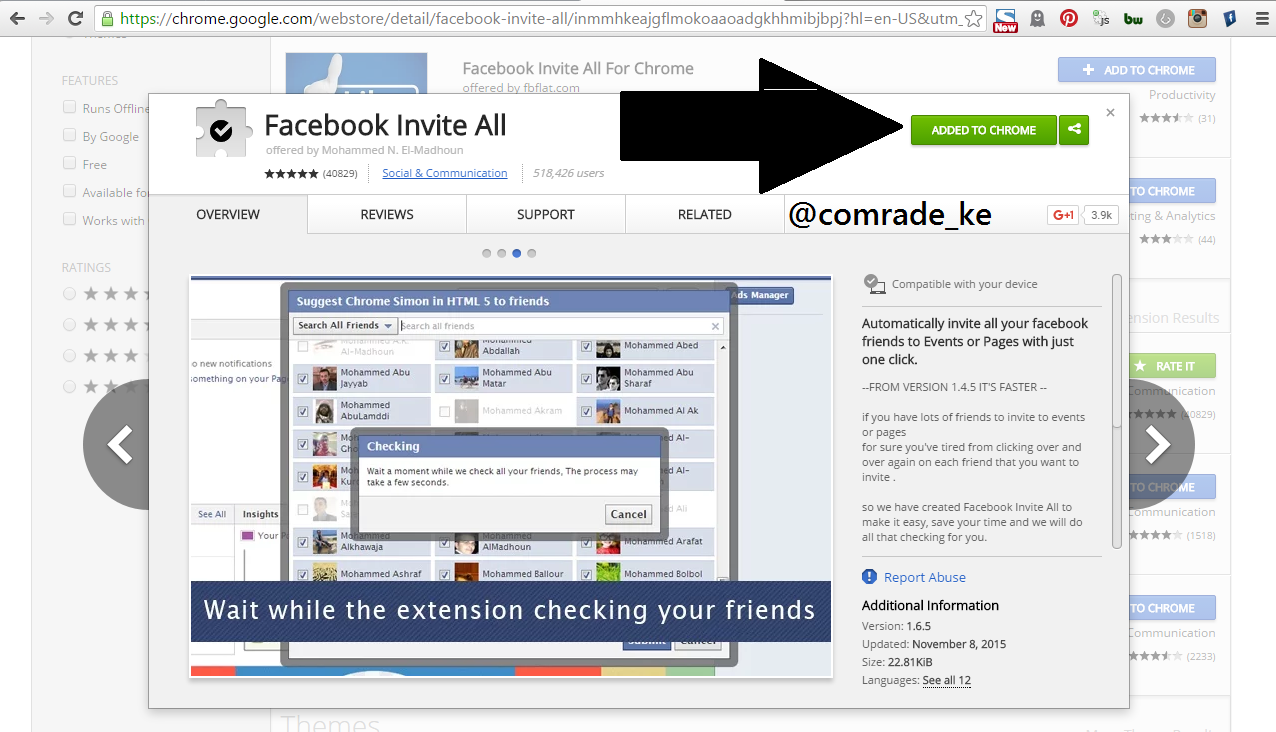 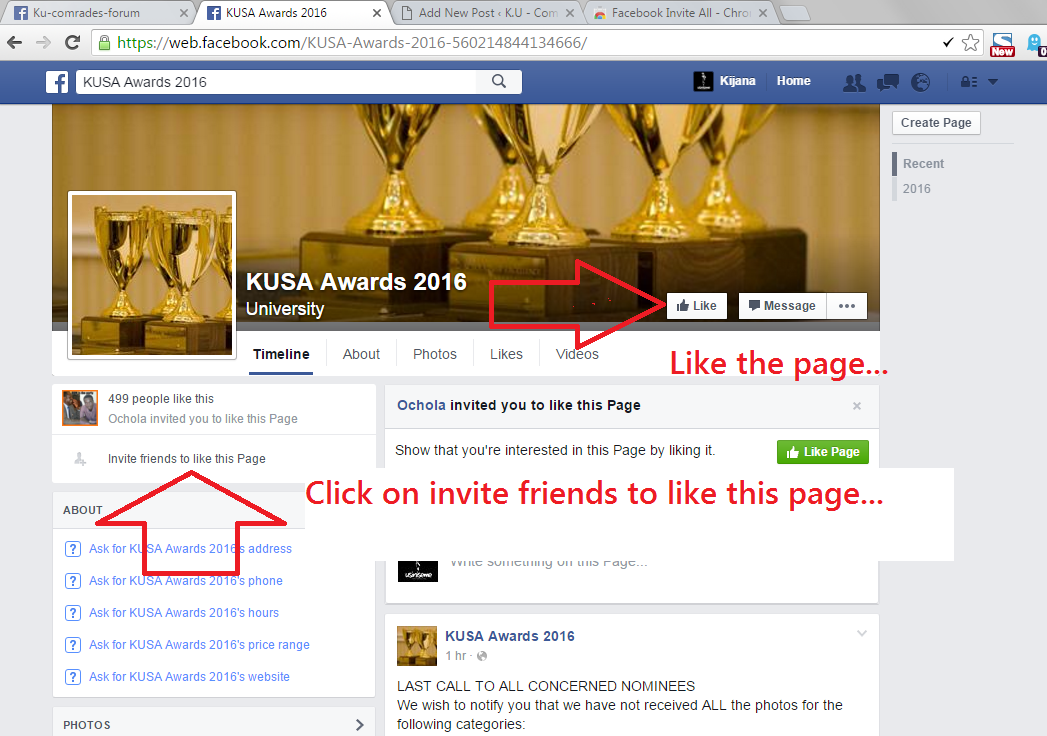 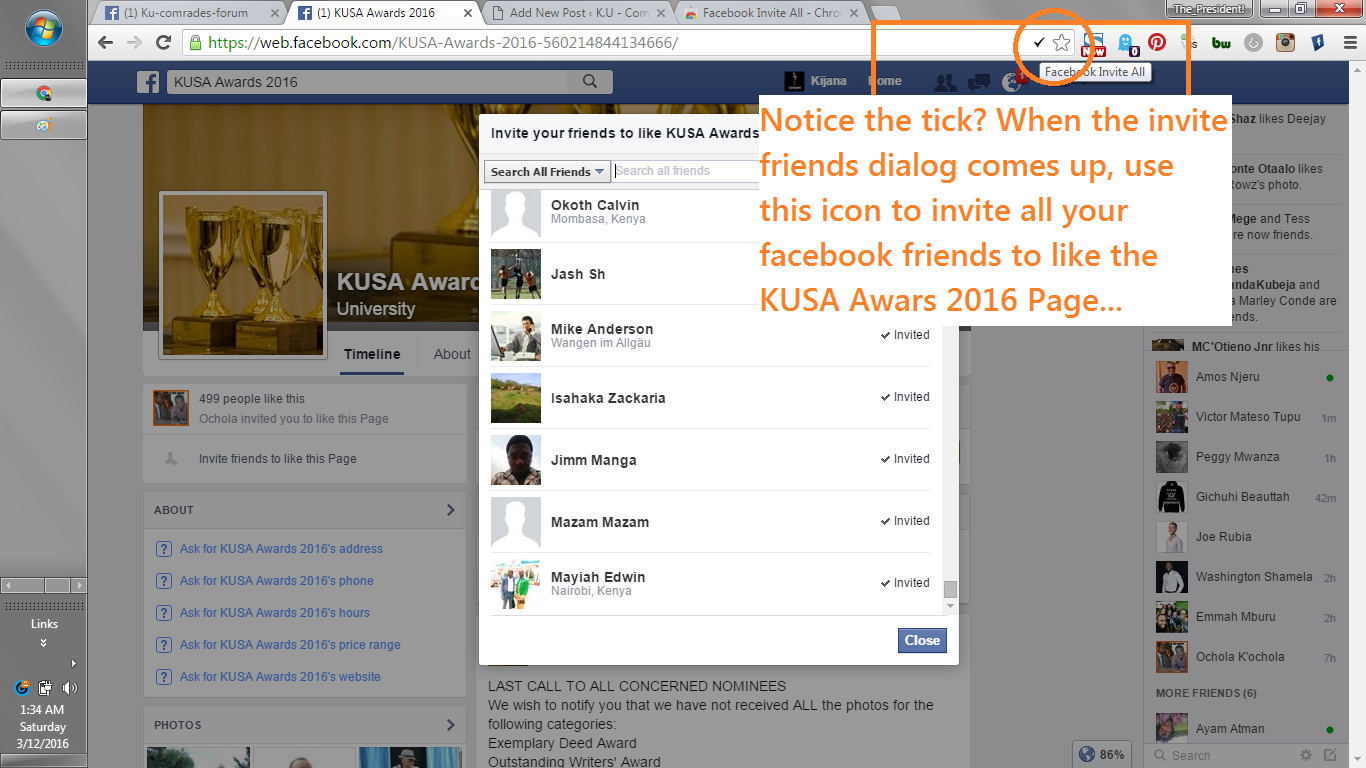 If you do as instructed in the images above, you’re good to go!

Who makes your rib crack most?…..who deserves the COMEDIAN OF THE YEAR AWARD? Vote by liking on the photo

You may have attended ceremonies and shows that they have hosted….it's time to vote for your favourite by liking their photo……and the nominees for MC OF THE YEAR AWARDS are…

Vote for the best leader by clicking like on her photo….and the nominees for EXEMPLARY LEADERSHIP AWARD (FEMALE CATEGORY) are…

Vote for the best leader by clicking like on his photo….and the nominees for EXEMPLARY LEADERSHIP AWARD (MALE CATEGORY) are…

Next…. the nominees for CLASS REPRESENTATIVE OF THE YEAR are…

Second on the list,……Vote for your favorite by liking the photo…..and the nominees for OUTSTANDING MODEL OF THE YEAR AWARD (MALE CATEGORY) are…

LADIES & GENTLEMEN….The moment you have all been waiting for is here…first on our page, our beautiful…