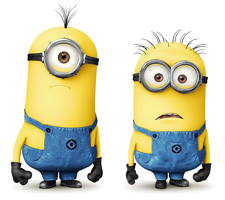 Making an animation is like watching grass grow. Studios like Pixar, Disney, Sony animations, DreamWorks, 20th Century animation and others involved can testify to this. It’s labour intensive and time consuming. For instance it takes Pixar one week to make 12-24 seconds of animation. One frame of an animation movie can involve a million  of moving sections. In Monsters Inc., Sully the character had 2,320,413 singlehandedly named hairs on his body. When he moved  the animators had to work on animating each hair in Sully’s body for an almost perfect realistic effect. A  frame featuring sully took 11-12 hours to create, on average, putting into account one hour of animated film has 100,000 or more frames. A single animation film can have like 600 animators working on it concurrently. Do all this animators have to be paid? Why not, it’s only those working on charity who don’t get their checks. How long does does a one and a half hour animation film take to be ready for cinema and latter your screens? Maybe an average of 4 to 6 years depending on the animation. The animators have to be paid for 6 years working on a single movie. Now you know where the expensive bits chips in. Tangled took Disney 6 awesome years of patients and hard hord work to complete. That makes a baby who was born on the onset of its production to enjoy it when it premiered. The cash involved was approximately $256 million, that’s 25.6 billion kenyan shilling. What an investment!